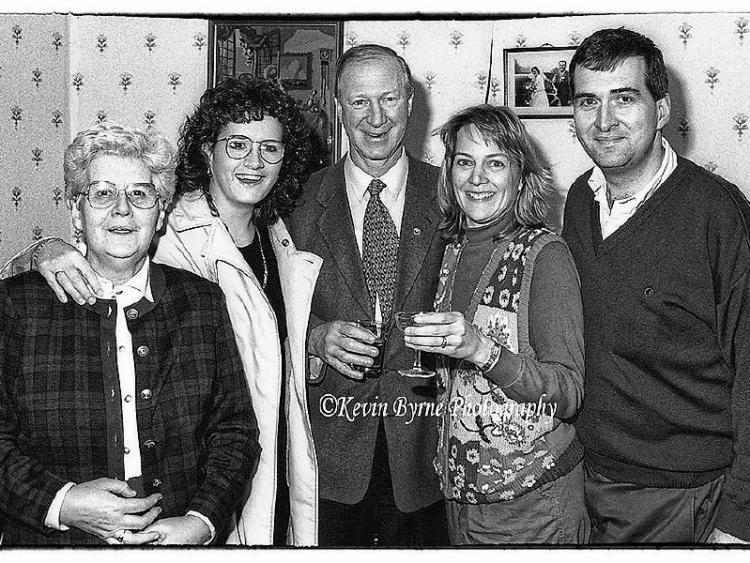 A culmination of over 40 years of personal photographs taken in and around Mountmellick by Kevin Byrne will be launched in book form on Thursday, December 8 in the Hare’s Corner, Cafe & Restaurant at 8pm.

Kevin is one of the best known photographers in the region, having worked extensively for the past 30 years.

His book is sure to be a treat for nostalgia buffs and for those who like to study the art of photography.

Speaking of the book, Kevin insists there is no Pulitzer Prize winning images contained within, but a lot of memories between the pages.

The images are not involved with his press association, but ones taken on his own leisure time, hence the public house images.

The M.C. for the launch night is Ann-Marie Kelly and Singer/Songwriter Johnny Duhan will officially launch the book.

Johnny will also perform his song, “Just Another Town”, which Kevin borrowed for the title and the opening verse in the book.

Popular Portlaoise native and himself a well known author, John Dunne has also contributed to the book.

Martin Connolly of Print Central in Portlaoise designed the book, so overall the production is a thorough Laois publication.