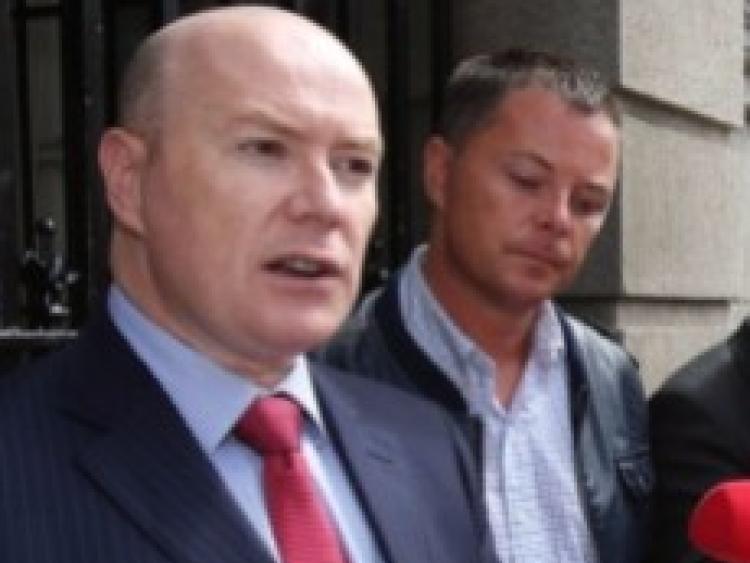 The Gardaí have the name of an IRA man who, it is claimed knows, who killed Portlaoise prison officer Brian Stack, according to the dead man's son.

Speaking on RTÉ's Prime Time, Austin Stack said that he believed he knew the name of the man Gerry Adams brought him to meet in 2013. He said he has given the name to the Gardaí as part of their investigation into the murder of the prison officer who died as a result of being shot in 1983.

Austin Stack, a native of Portlaoise, said Mr Adams told him a the time that the IRA man was a "confidant" whom he "trusted".

"This individual told us he met the perpetrators. He told us they were alive. This guy has the information to help solve this crime. Gerry Adams is a leader of a political party has an obligation to give that name to An Garda Síochana," he said.

He did not care if it was unrealistic for Dep Adams to "shop this man".  Asked if he knew the identity of the IRA man Austin Stack said he was "quit confident" he kew who he was. He confirmed that he had given the name to the Gardaí.

"What I would like to happen is that I would like Gerry Adams to do what any other citizen of this country would do and go into his local garda station in Dundalk and make a statement and hand over all the information in relation to my garda's murder," he said.

Asked if he this would mean that he would be "touting on a former colleague" Mr Stack said: "Well Gerry has already done that in his e-mail (sent to Gardaí which named four Republicans who may have information on the crime).

On Thursday Mr Stack interupted a Sinn Féin press conference where he called on Deputy Adams to tell the truth.

Later on RTÉ News An Taoiseach Enda Kenny said a statement made by Deputy Adams in the Dáil on Wednesday was incomplete.

In a subsequent statement the Sinn Féin President said that if the Taoiseach is serious about assisting victims he should focus his energy on establishing a proper truth recovery process.

“Why has the Taoiseach waited until now to make this call when a process was agreed between me and Austin and Oliver Stack that culminated in a meeting between the Stack brothers and a former IRA leader in 2013?

“At that time the Stack family thanked me for my work on their behalf. We agreed before meeting that it would be on a confidential basis, and the issue was not raised again until the general election three years later.

“It has been raised again now as a result of the Fianna Fáil leader and the Taoiseach trying to exploit victims in the name of scurrilous political point scoring.

“The process the Stacks and I put in place was on the basis of trust in the absence of a proper truth recovery process.

“If the Taoiseach wants to assist victims he could focus his energy on assisting in establishing such a process, which Sinn Féin has consistently called for.

“That is the only viable way for families to achieve justice,” he said.