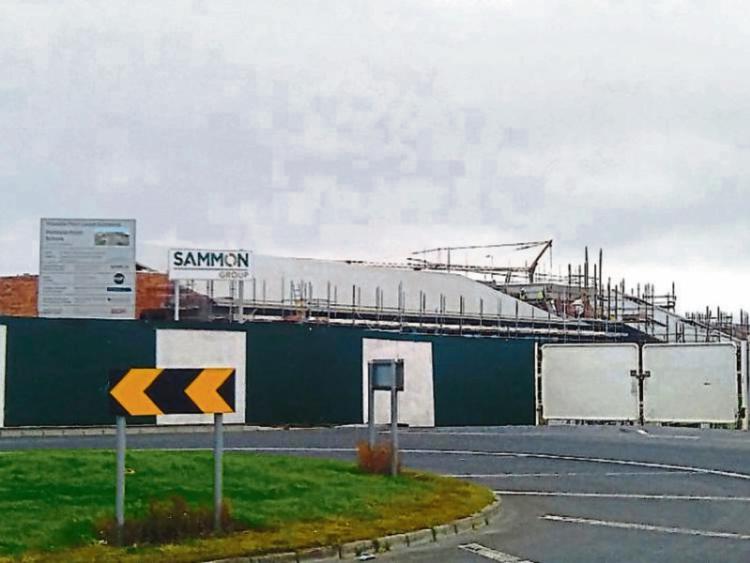 The 1,400 children waiting to enter their brand new Portlaoise parish primary schools at Aghnaharna will now have to wait until after the Easter holidays.

Construction of the Holy Family Junior and Senior parish primary schools in Portlaoise has been hit by further unexplained delays, with the deadline now deferred until April 4.

The schools at Aghnaharna were initially due to open last September, and then again after Christmas.

“I don’t understand why it has taken substantially longer, progress has been slower than expected. Hopefully it will be met, I hope that the present 6th classes will get to see the new schools. Easter is on April 16 so if we move in then it will be at the end of the easter holidays,” he said.

Pupils from three former parish schools, make up the two new schools. They will spend another Christmas spread across several of their old buildings and prefabs in the town centre.

“In fairness to the staff and pupils, they are well settled in, but it is a help that they know they will be moving to substantial fine premises,” said Msgr Byrne.

He has good new to announce on a playing pitch for the campus, which lies off the Southern Circular Route.

“We have given the go-ahead for the construction an all weather pitch, to hopefully be complete on the date as the schools. We are delighted that the CBS has made a contribution of €56,000, and it will be called the Blessed Edmund Rice Pitch, along with our Nano Nagle sports hall,” he said.

The Leinster Council of the GAA has donated another €10,000 to the cost of the juvenile GAA size pitch.

“It will cost another €100,000, to be met between the parish and the school community,” said the PP.

The parish bought the €1.25m site, with half of the cost paid by the Presentation Sisters. The Dept of Education is paying for construction. The builders Sammon Construction will absorb any extra cost due to delays.

The two 24 classroom schools will be full before they even open, with extensions to be sought immediately on opening.

Meanwhile a new 32 class building at Scoil Bhride Knockmay is on schedule to be completed next Summer.