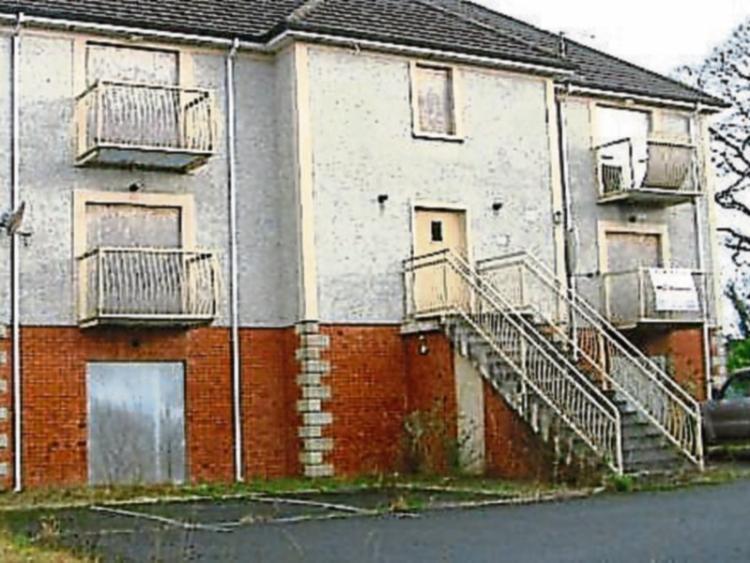 Twenty apartments in a Portarlington development, abandoned after the property bust, have been renovated for people on Laois County Council’s housing list before Christmas.

The price was reduced to €575,000 last February, when the council agreed it seemed good value but would need extra government funding.

The block was since sold to private buyers and is now being leased back by STEER Housing Association, to house council tenants.

“The owners of the apartments paid for them to be brought up to an acceptable standard for the Association. The units have to be furnished and all white goods supplied,” a STEER spokesperson explained.

The agency has set up an office in Port and will recruit local staff to manage it.

“We has leased the Waterfront apartments under the DoECLG long-term leasing scheme. The Association has initially taken the apartments under a twenty-year lease, with a further option of ten years. We will be housing singles, couples and families,” the spokesperson said.

The agency now has 76 houses and apartments in Laois, in Mountmelick, Portlaoise and Portarlington.

“Letters of offer have been issued,” confirmed the council’s Chief Executive John Mulholland at the November council meeting.

Cllr John King raised his concerns that the 20 apartments will not be under the council’s authority.

“Our aim here is to do housing, let’s hope we don’t give too many away to bodies,” he said.

They were recently rented out to people on Laois’ waiting list, to be managed by Cooperative Housing Ireland.

“I agree with Cllr King, I don’t know why we’re not managing these,” he said.

Meanwhile the Waterfront apartments developer Liam McMahon is now applying for planning permission from Laois County Council to build a new scheme of 44 houses on the Ballymorris road in Portarlington, including 12 four beds and 32 three bed homes.

There is good news for tenants hoping to buy out there homes. Letters of Offer have recently been issued to some of the tenants who have applied under the new Tenant Purchase Incremental Scheme.

Also in council housing news, there were 43 housing loan applications made to Laois County Council up to October, with 19 approved.