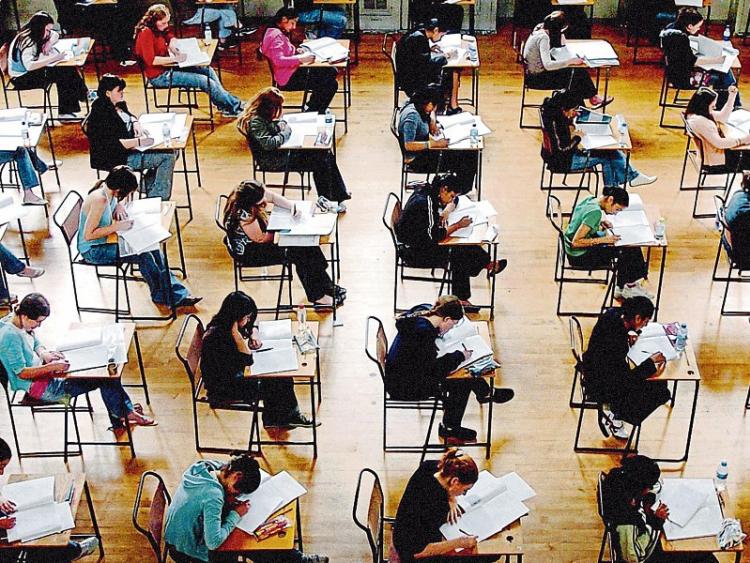 A nationwide poll of feeder schools to third level colleges has placed Mountmellick Community School top of Laois' nine secondary schools, with 95 percent of their 78 Leaving Cert students going on to college.

The survey also confirms that Carlow IT is by far the favourite college for the 784 Laois Leaving Certs of 2016, with 99 starting courses at what is the nearest Institute of Technology.

The favourite university was University of Limerick, with 70 starting degree courses there, while the school with the highest rate of students starting at university, 57 percent, was Scoil Chríost Rí in Portlaoise.

Mountmellick CS Principal Larry Curtin was delighted at the rating, which he notes is better than some fee paying schools in Ireland.

“We are really pleased to see this recognition of the excellent work that has been taking place in our school over the past number of years. It reflects very well on the commitment and care to our students as demonstrated by staff members, management and Board of Management,” he told the Leinster Express.

The school took a fall in enrolments in recent years which is being reversed since Mr Curtin took on his role.

“The manner in which our enrolment numbers in first year has increased by 50% in recent years also indicated the level of improvement which has been taking place in our school,” Mr Curtin said, thanking his staff for their contribution to the success.

“While we recognise that these league tables do not give a full picture of all aspects of education in schools, including our own, nonetheless we welcome the recognition of significant recent improvement in academic standards in our school,” he said.

One third, 25 of their students, went to universities, 18 went to IT Carlow, and 31 to other colleges.

Mountrath CS was second in the overall poll, with 82 percent of its 114 Leaving Certs going to college. Over half, 50 students, went to universities, 15 to Carlow IT, 28 to other ITs, and 5 to teaching.

Third was Coláiste Iosagáin, Portarlington at 81 percent of its 129 Leaving Cert student. The favourite was Maynooth University for 19 students. 52 students went to universities, and 50 to ITs or others, with Carlow again the favourite IT at 16 students.

Clonaslee College had 45 students, of which 80 percent went to college, with 9 to university, 27 to ITs and four to teaching college.

Heywood CS in Ballinakill had 77 percent of their 118 Leaving Certs go to college, with 40 students heading to universities, and 35 to Carlow or Waterford ITs.

St Fergal's College Rathdowney had 76 percent of their 45 Leaving Certs go to college, with 10 to universities, 24 to ITs, and three to teaching college.

Scoil Chríost Rí Portlaoise had 73 percent of their 99 Leaving Certs go to college, with over half, 42 girls, going to universities, 23 to ITs, and five to teaching college.

St Mary's CBS Portlaoise had 71 percent of their 102 Leaving Certs go to third level, with again over half, 46 boys, going to universities, 23 to IT colleges and three to teaching college.

Portlaoise College had the lowest percentage in Laois, with 46 percent of its 54 Leaving Certs going on to third level college. Six went to universities, nine to Carlow, and 10 to other ITs.

Knockbeg College near the Carlow border which takes many Laois students, topped the list in Carlow, with 92 percent of its 64 Leaving Certs going to college. Two thirds, 39 students, went to university and 20 to IT colleges.

The survey by the Irish Independent does not include PLC courses, which many students use as a stepping stone to third level college, or colleges abroad.

It shows that non fee-paying schools are catching up on fee paying schools, with 58 of public schools reaching a 100 percent college entry success rate around Ireland, up from 11 schools since 2006. See the table below.