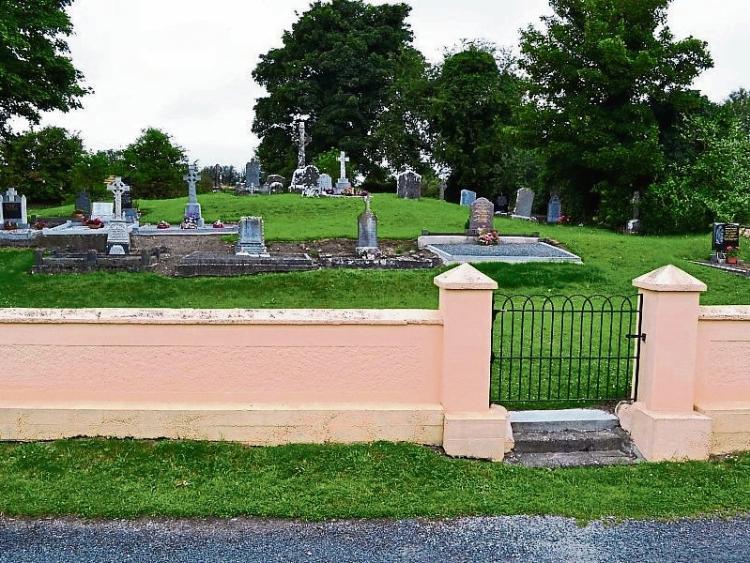 A least one Laois cemetery is 'in no man's land', left to the local community to run it, with neither church nor council grant aid.

Clonad cemetery should be taken in charge by Laois county Council, said Cllr Willie Aird, who described it as “still a live cemetery”.

“It's not closed yet. There must be some way we can get it listed. It’s kept by local people. The cemetery in Portlaoise is owned by Laois County Council, it’s so much easier for a local authority to run, they have powers to get extra land, with the growing population,” he said.

“The people in Clonad feel they are not being treated equally. All around them are cemeteries run by the council or by the church who can get grants. Most should be taken in charge by the council, that’s my feeling, then they will qualify for grant schemes,” she said.

Laois County Council agreed to consider how to take cemeteries in charge, as it does with housing estates.

The Chief Executive John Mulholland admitted it was a new one to him.

“I don’t think I have come across a case where a local authority took over from a church. We will have to look at the powers to take in charge a cemetery. It’s a very unique situation, I will pursue it and report back,” Mr Mulholland said at the November council meeting.

Director of services Donal Brennan said that some Laois cemeteries are “traditionally the council’s responsibility” with others run by churches or church bodies.

“In the next budget we can look at it. We can’t do something just for one, they should all be treated equally. We can discuss a policy at the environment SPC,” he said.

Councillors then named more cemeteries in their own areas which they said also need council support.

Cllr Seamus McDonald spoke up for Clonaghadoo which needs land but cannot get council help to buy it. Cllr Padraig Fleming noted that in Ballylinan the cemetery is half owned by the church, with the newer half owned by the council, so that small grants can be gained. Similarly at Church of the Holy Rosary, Abbeyleix, but grants there were cut off reported Cllr John Joe Fennelly, who suggested “the whole county needs to be looked at”.

“There must be a whoe series of cemeteries looked after by committees, I would input from everybody, to ascertain if they are in no man’s land,” he said.