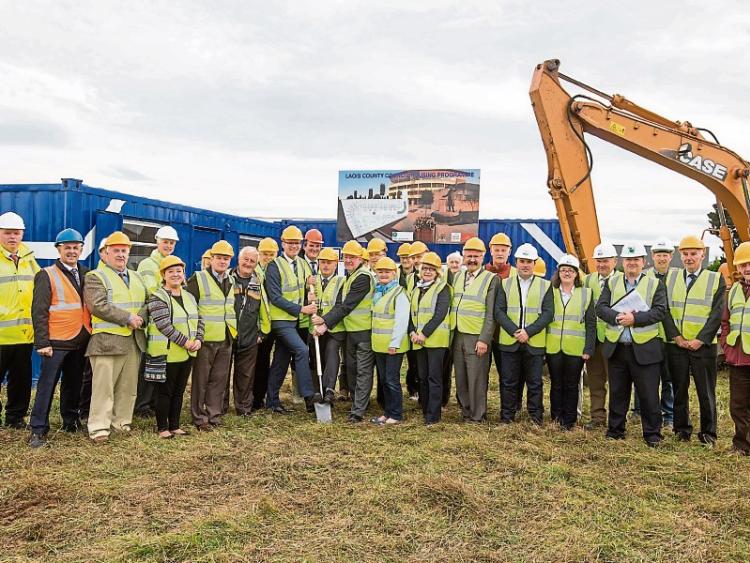 Managment at Laois County Council have defended themselves against criticism from councillors over their response to the housing crisis.

With 1300 names still waiting for homes on the housing list, several councillors queried why the council’s housing committee has not had a meeting since last June, and when a promised housing action plan for Laois will be published.

The CEO John Mulholland said he was disappointed.

“I’m disappointed that you think there is no action on housing. We need to know the views from the construction sector, that takes a bit of work. There are various factors at play, it’s not just a strategic issue, it’s a burning issue. This council will deliver a comprehensive programme of new housing,” he said, adding “we are still subject to a limit of €31.1m set in 2015”.

“It’s very disappointing to hear these comments, it’s the first time I’ve heard them from yourselves,” he said.

He listed work done, with 35 apartments going to tenants before Christmas, another 20 in Kilnacourt under consultation, planning underway for homes in Mountmellick, Mountrath, Rathdowney, Ballyroan and Portarlington, and 35 houses bought and 23 more on the cards this year.

“I apologise for the SPC meetings, but it doesn’t mean we haven’t been working tirelessly,” Mr Murphy said.

“I don’t see any action plan. Every week people are coming to us homeless, it’s a new type of homeless, they are not on the street, they are in B&Bs. We need an update from the housing SPC every month but they haven’t met since summer. I don’t see housing being prioritised,” she said.

She is concerned that new legislation going through the Dáil will move planning responsibility from councils to An Bord Pleanala, for big housing estates over 100 houses.

“If we can’t provide housing for our community, it diminishes our role,” she said.

“This is a huge issue. This is a retrograde step. Housing was one of our main functions, it is regrettable we don’t have the same input, never was it more needed,” she said.

Cllr Paschal McEvoy is chairman of the SPC for housing, and blamed a shortage of council staff on not having the meetings.

“I’m not trying to pass the book, I did look to have the meetings rescheduled, I agree with Caroline,” he said.

“Unless we revert back to the building of the 60’s and 70’s, we’re not going to solve the housing crisis out there. We’d agreed to meet monthly, the buck stops with Gerry, I support Caroline, someone has to be accountable,” said Cllr Willie Aird

Cllr Catherine Fitzgerald is “totally opposed” to the new legislation to hand planning approval to An Bord Pleanala for large housing estates.

“This won’t fasttrack housing, it will actually delay it. If people have any issues they’ll have no other choice than to go to court, it’s absolutely crazy, ignoring the local authority and ignoring public reps. I propose we write and object,” she said.

She was seconded by Cllr Dwane, who said there is ‘silence’ on whether a site notice is even required for large estates.