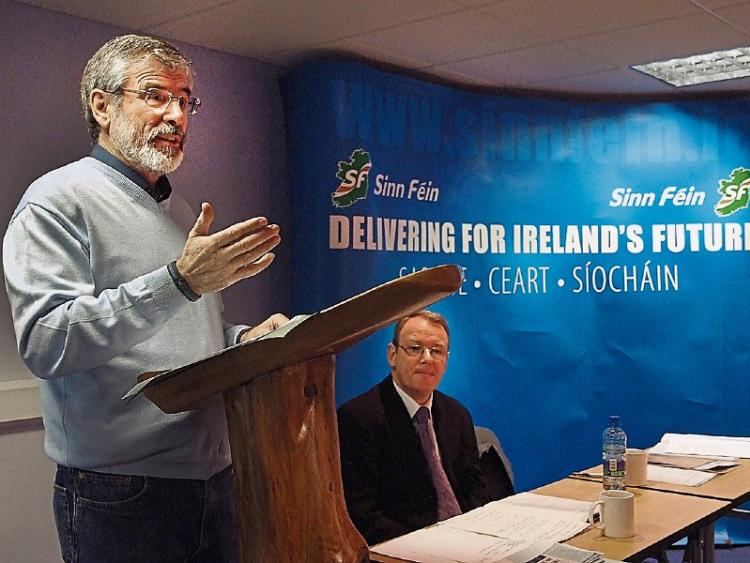 Asked by the Leinster Express if, after the controversy that erupted publicly and in the Dáil, the Sinn Féin leader is still the man to lead, Deputy Stanley stopped short of full support.

“Gerry Adams has dealt with this matter in a very open and very honest way,” he said. He added that his party leader had also “taken risks” and “done his very best.”

As to whether Deputy Adams should continue as leader, Deputy Stanley said that would be a matter for the membership at an Ard Fheis.

Sinn Féin claim that the issue was fueled by Fianna Fáil. Deputy Stanley agreed with this and accepted that his Dáil seat in Laois has been targetted by FF and others.

He said he asked Gerry Adams to help the dead prison officer's family three years ago and his leader quickly acted on this request.

“Sinn Féin is engaged in an honest endeavour to address this issue,” he said.

“Brian Stanley is sitting in the Dáil beside Gerry Adams. I would ask him why is he sitting beside a man who he knows is protecting someone who is a murderer,” said Mr Stack.

Portlaoise Prison Officer Brian Stack died after being shot by the IRA in 1983.