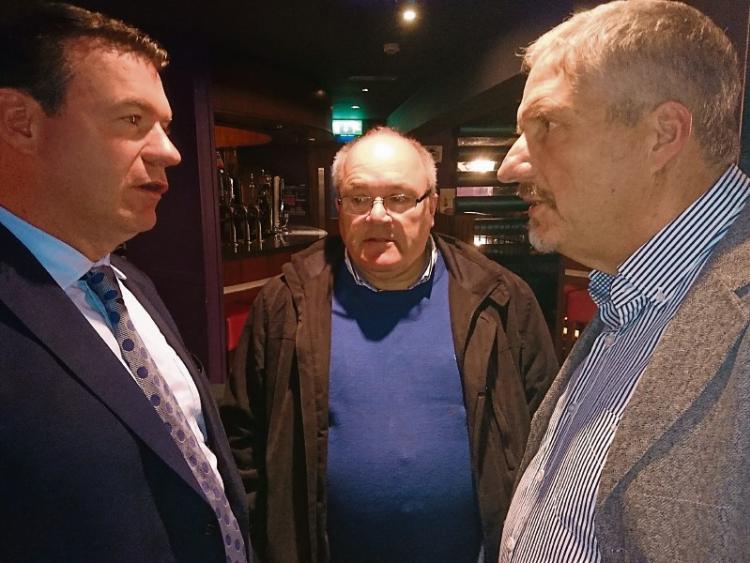 The Labour Party in Laois ha broken ranks and spoken out against what they term a leadership contest 'stitch up', which they claim was 'anti-democratic and totally disenfranchised' members.

There was a good turnout of over 40 members at the Laois Labour Constituency AGM in Kavanagh’s Portlaoise recently. Guest speaker on the evening was Deputy Alan Kelly TD, who refrained from criticising the leadership, but simply shrugged and said, “You all know my views on this.”

Cllr Noel Tuohy showed no reluctance in spelling out his stance.

“We were treated disgracefully. The members were completely disenfranchised, as if we couldn’t be trusted to make up our own minds. The leadership was decided by half a dozen people. That’s wrong, that’s not on and it has totally taken ownership of the Party away from the members.”

He proposed a strongly worded letter go to HQ.

“We didn’t even get the chance to decide,” he saide.

His proposal was seconded by the most senior active Laois member Labour, Tony O'Brien from Ballylinan.

“I have nothing against Brendan Howlin, that’s not the point. I am over forty years involved in Labour and where was the democracy when it came to electing a leader. We call ourselves social democrats and it shouldn’t have happened. We should be given a choice and allowed make that decision for ourselves,” he said.

The motion was passed unanimously.

Eoin Barry also cited a further instance of HQ exerting undue influence in the selection of Senate election candidates. He felt that this should also be thrown open to the membership and he decried the omission of Mark Wall from Athy as a Senate candidate. He said this would have been invaluable in maintaining a strong presence.

Other issues to dominate the AGM were taxation, casualization of the workplace and the chaos in so many sectors of the health service.

Former Minister Alan Kelly gave a robust account and compelling vision of where the Labour Party needed to assert itself to rebuild and become relevant once more.

“Workers are entering the high tax band too early on incomes of €33,000 while twelve and a half per cent Corporation Tax is a mythical rate, rather than an actual rate. We need to broaden the tax base so as to alleviate the burden on workers and the self-employed,” he insisted.

He hit out at the casualization of the workforce and zero hours contracts, insisting that people who get up and go to work must get a fair deal.

He described the Government’s economic policy as “Budget by Committee, a free-for-all scattergun approach”. He was damning in his assessment of the health service.

“Having money should not be the means by which the health services are provided to individuals or families. Private A&Es are running radio adverts and rolling out the red carpet and there’s queues out the door in public hospitals. That’s wrong and its continuations shows that so called new politics is a lie, a farce, a populist stroke.”