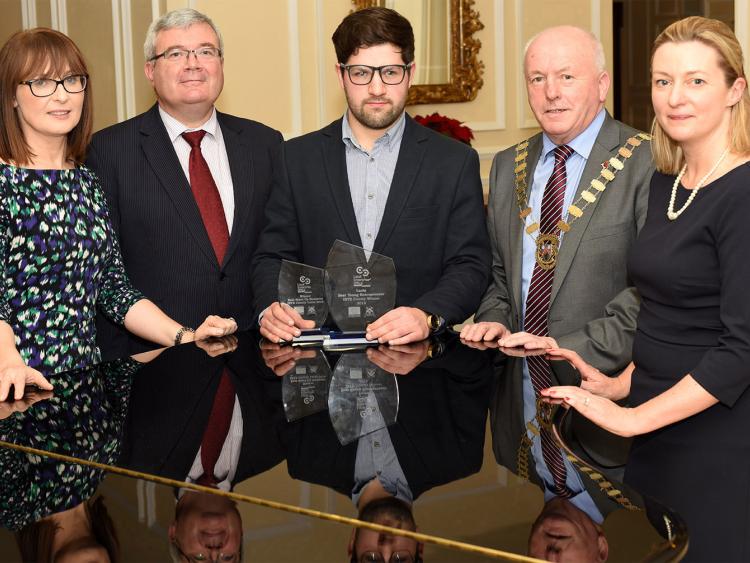 The winners of the Laois Best Young Entrepreneur competition were announced today at a function in the Heritage Hotel, Killenard.

Sixteen finalists from all over Laois were present for the announcement. They were selected from an initial 64 applications.

Speaking before the announcement, Evelyn Reddin of the Local Enterprise Office praised the diverse and innovative products where were represented.

The Overall Winner of Laois Best Young Entrepreneur was Alan Meredith of the Alan Meredith Studio, who works in wood sculpture and craft. Alan also won in his category of Best Start Up Business. The runner up in this section was Adrienne Muldowney of Muldowney Denture Studios.

In the Best Business Idea the winner was Francis Cosgrave of Sonrimor Limited. Francis is an independent dairy consultant whose idea is a cloud based software management tool that will help farmers make decisions for their stock. The runner up in this section was Alison McEvoy of AA McEvoy.

Kelly Lou Ging of Kelly Lou Cakes was the winner in the Best Established Business. Kelly Lou started the business in June 2012 and since then it has grown into a large café, tea rooms, a mobile catering unit and commercial bakery.

The runner up in this section was Frankie Horan of Frankies Hairdressing Saloon in Mounmtellick .