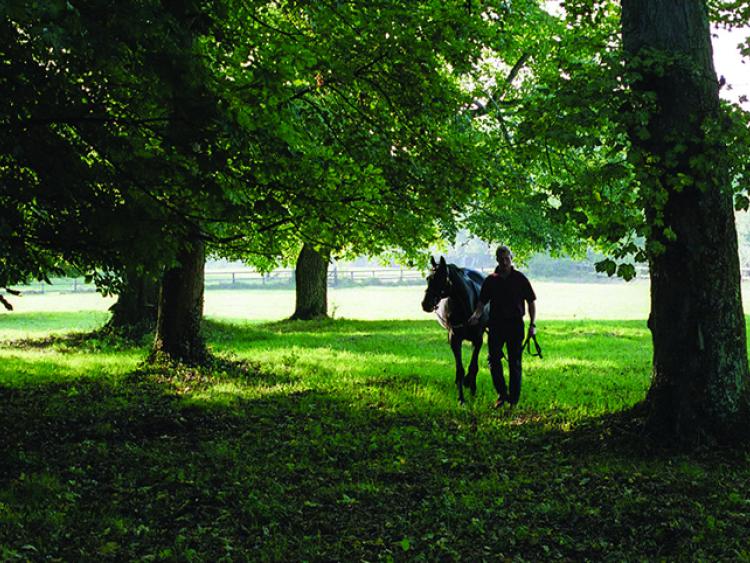 A Laois stud farm is on a select list of Stud Farms that has been selected to show of the excellence of the horse thoroughbred breeding industry in Ireland.

Anngrove Stud in Irishtown Mountmellick is just one of 27 stud farms around the country to feature in the third running of the Irish Thoroughbred Marketing (ITM) Irish Stallion Trail will take place on Friday 27th and Saturday 28th January, 2017.

Set in 350 acres in Anngrove Stud, which is run by Alastair Pim, took in its first stallion, Lucifer, in 1970 and since then has been home to such as Monksfield, Pollerton, Sexton Blake, Prince Regent, Belfalas, Welsh Term, Treasure Hunter, Arctic Lord and Alderbrook.

The stud’s record as breeders bears scrutiny and their range of winners goes from Night Of Wind, successful in the Queen Mary Stakes at Royal Ascot, to Wither Or Which, the Cheltenham Festival bumper winner.

The weekend trail takes place again in between two premium days of racing with the Goffs Thyestes Handicap Chase at Gowran Park on Thursday 26th January, followed by the BHP Insurances Irish Champion Hurdle at Leopardstown on Sunday 29th January.

Commenting on the ITM Irish Stallion Trail, ITM’s Marketing Manager, Sarah Nash, said: “Twenty-seven stud farms will open their doors across Ireland’s four provinces just before the official opening of the traditional covering season. Currently seven of the top ten sires in Europe are standing in Ireland and the Stallion Trail offers breeders the opportunity to see these great stallions".