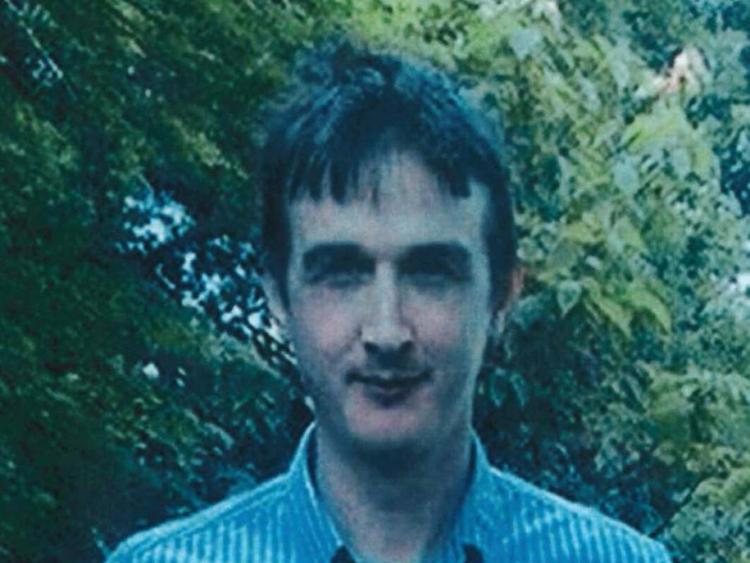 Tony Egan, who is missing from Portarlington

A renewed appeal has been issued for the public's help in locating the whereabouts of Tony Egan who went missing in Portarlington in September by his mother and gardaí.

The appeal was issued on this week's Crimecall programme exactly three months since he disappeared. His mother Bridget Egan made the heartfelt appeal for help to locate her son.

Tony left his home at 12 Newmill Court, Portarlington, Co Laois just before 9pm on Monday, September 19 this year but he has not been seen since.

"He was very kind and loving when he was small. He loved playing with his bikes like all other little kids used to do. The two of us were very close, very very close. He'd always ring me every day or I would ring him.

"He used to say 'when you're an old lady really old, I'll look after you mammy'. He use to make me laugh all the time.

Mrs Egan said her son called her on the day he went missing and said he wanted to go to see her at home in Wexford. She was due to pick him up the following day.

"When I rang him I said I would be up early in the morning and he said 'that's grand, I'll be ready'. I said 'did you eat today' and he said 'I'll be getting a take away later on'. That's the last words I spoke to him," she said.

When Mrs Egan arrived in Portarlington her son was gone. She said they have been searching since, putting up posters, visiting homeless places.

"We hope something may trigger something. I just want Tony back. I am very worried. Tony was a very kind loving person. I miss him something terrible every day is terrible. I am appealing that knows anything about Tony to pick up the phone and ring or if he is looking at this just come back home. Everybody loves him," a tearful Mrs Egan told the programme.

Tony is 32 years of age, has brown hair and 5ft 11 in height and is of slim build. When last seen Tony was wearing a black hoodie, black tracksuit bottoms and white runners.

Garda Inspector Eamon Curley told Crimecall that the last confirmed sighting of Tony was on Monday, September 19 at 8.30pm. He lived at 12 New Mill Court, Portarlington off the Station Road. His flatmate was the last person to see him. He contacted the gardaí after he noticed that Tony's phone and wallet was in the apartment but Tony was gone.

Insp Curley said an major ongoing investigation has been under way since but unfortunately, he said not further progress has been made in finding the missing man.

Insp Curley said Tony lived in the Greater London Area in the past and enquiries have been made to Interpol. He said extensive searches have been also carried out around Portarlington in Corrig Woods and the River Barrow. Gardaí, the Civil Defence and over 40 local volunteers have helped search. Insp Curley thanked these volunteers.

Gardaí have examined CCTV from the apartment block where Tony was last seen on September 19. It shows a figure leaving the apartments at 8.55am.

The poor quality of the footage means that the persons identity could not be established. It may have been Tony but gardaí need help to confirm who the person was.

"We are appealing to the public tonight that if you did visit the apartment that night and you didn't speak to us yet to please come forward," said Insp Curley.