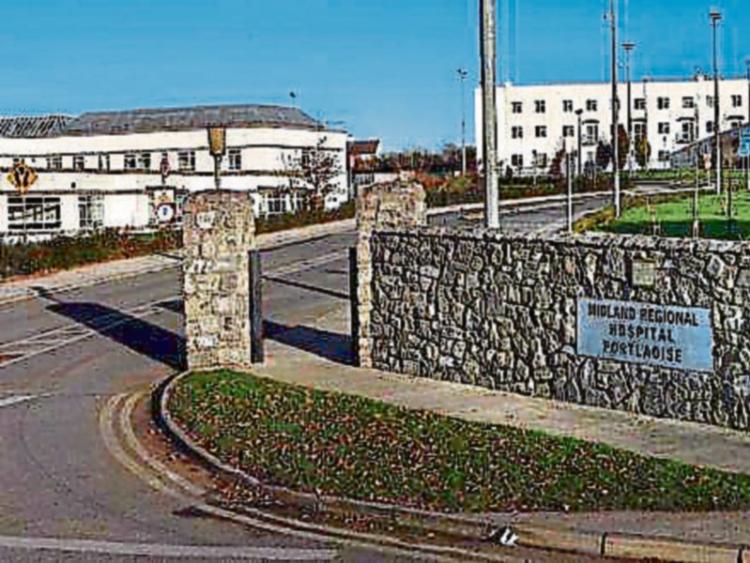 The pressure is on local TDs and councillors to plead the case for Portlaoise hospital in early January, when the Minister for Health Simon Harris has promised to visit.

Minister Harris has given an undertaking to come to Portlaoise to listen to the views of both staff and local politicians, on an undisclosed day between January 1 and 6.

The staff and the public are begging councillors to stop the hospital being downgraded, according to Portlaoise Cllr Willie Aird.

“I was in a waiting room and the first thing they said to me was 'for god's sake don't let the hospital close'”, he said.

He has called for a meeting with the Taoiseach, if their meeting with Minister Harris at the hospital fails to bring the right result.

“I want to be able to stand up and say I did my best, that this council went as far as it could. I feel the two people who are going to save it are Minister Harris and the Taoiseach. If you want something done, go to the people who can say yes or no,” said Cllr Aird, speaking at the monthly council meeting, yesterday, December 19.

Minister Harris had up to now, turned down requests by Laois councillors to meet them to hear why the hospital should remain a Category 3 unit, with a full A&E.

Instead, the Minister had said that public consultations would be held after the HSE's plan was published, before changes were implemented.

“I had a lengthy phone call with Minister Flanagan last night and he assured me that Minister Harris will come in the first week in January to walk around the hospital, and meet a deputation of councillors, Oireachtas members, and managers and staff of the hospital,” he said.

He was told by Minister Flanagan that just four out of the 19 councillors should meet the Health Minister, but he suggested that six go, along with himself as Cathaoirleach.

It was agreed that the three councillors who are on the Health Forum will also go, making it ten.

“Don't be surprised if he comes down, walks around and says I'm not going to meet ten,” Cllr Mulhall warned, later agreeing to negotiate for as many councillors as possible to meet the minister.

The decision is a sliver of light for Laois people who face losing vital services to other hospitals outside the county, including the 24 hour A&E, paediatrics and maternity units.

A Hiqa review has found that the hospital is still understaffed, that improvements were made following its recommendations, but not enough has been done to justify its status of a Category 3 hospital with A&E.