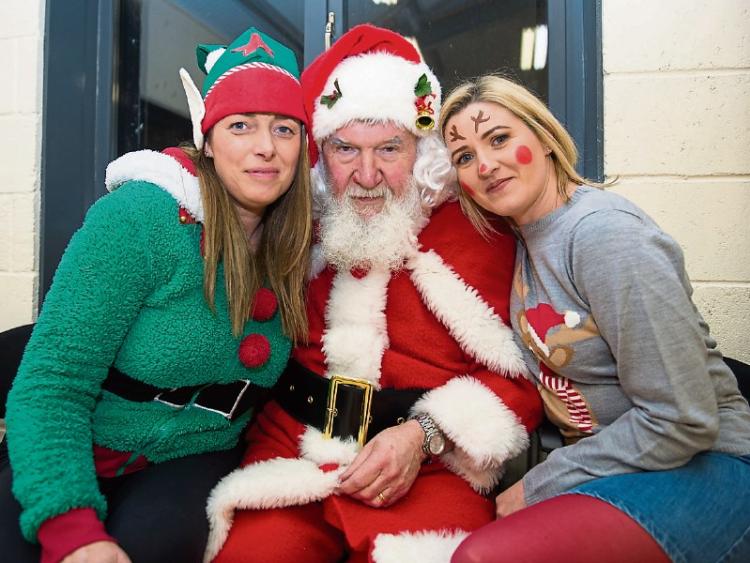 The North Pole National Airport has just announced Santa’s flight plan over Laois this Christmas, and as usual the jolly white-bearded housebreaker will have a busy time ensuring that not a single child awakens on Christmas morning to find nothing beneath the tree except a carpet of pine needles and bubble bath from Aunty Jean.

With confirmation that this year Santa is driving the new Bugatti Super Sled xi - which serves up twice the reindeer-power at half the carrot-intake - St Nick should have things all wrapped up long before the last mince pie from the Queen’s County has settled in his considerable belly.

Rumours that Rudolph would be unable to lead the sleigh this year due to a bad head cold have been denied by the Grotto Press Office.

Beginning in the south of the county in Killeshin, Crettyard, Swan, Ballinakill, Abbeyleix, Durrow and Cullohill, taking in Arles, Ballylinan and Ballyroan, Santa will scoot across to Rathdowney, Errill and Borris in Ossory.

After that he will travel up to Castletown, Mountrath and Ballyfin, before hitting the county town of Portlaoise, then Stradbally, Vicarstown, Emo, Killenard and Portarlington, before travelling through Mountmellick to take in Rosenallis and Clonaslee.

Thanks to the generosity of Laois County Council, Santa can enjoy free parking for his sleigh in select areas of Laois, with a full hour free in Portlaoise town.

The usual garda advice not to leave valuables on display while away from a parked vehicle may be rather difficult for Santa to adhere to, however, so a garda spokesperson has asked that everyone do their best to stay off the naughty list this year and resist the temptation to help themselves to an early present.

The Grotto Press Office could not confirm exactly what time Santa will be arriving in Laois, with delays expected as the UK has expressed concerns post-Brexit about his free movements between the north and the south of the country.

This is the official flight plan, but according to a statement from Mrs Claus, Santa’s manager and wife, “he’ll be more than happy to drop into any house where there’s food and drink laid out for him”.

“But please, just orange juice,” she warned parents. “Last year he almost wrapped the sleigh around a lamppost and it took ten of the elves just to get him up the stairs and into bed.”