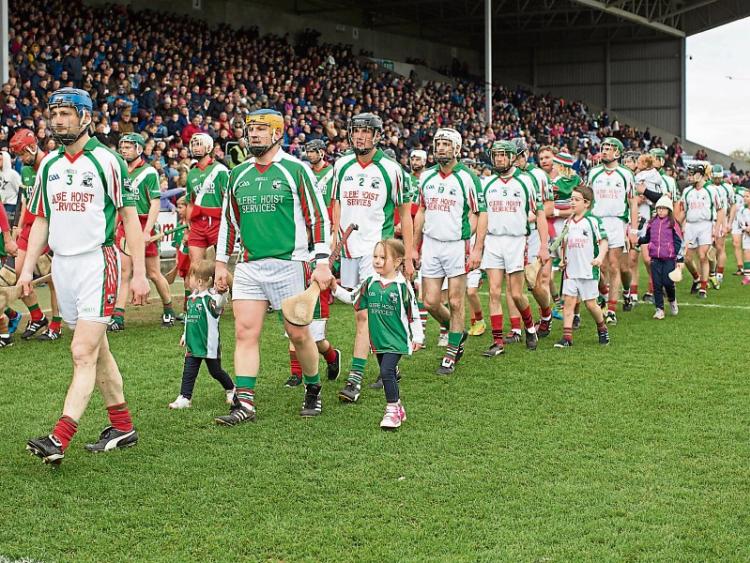 The popularity of hurling in Rathdowney, especially amongst children, was not enough to persuade council officials that the local club should be represented on the sign for the town.

Under an initiative new town/village signs are being erected around Laois. Mountrath, Borris-in-Ossory and Ballyfin already have unique sign. A horse features to represent the local White Horse River.

Councillors for the Borris-in-Ossory-Mountmellick municipal district noted that the signs and poles have been purchased and said logos are awaited for three towns, including Rathdowney, Errill.

“Once we have agreed logos then the signs can be installed in a matter of weeks,” said area engineer Ms Brenda Cuddy in her written reply to a motion from Cllr John King.

She the council would re-engage with schools in the areas. However, she revealed the hurling was rejected even though many children in Rathdowney put the GAA at the centre of the sign.

“The one thing we insisted on was that there would be no reference to GAA or colours of a town. There was a link with the GAA with every sign that came back. There was a hurl or a cup. We ruled that out from day one. All we got was parish colours. That is not what it was about,” she said.

Cllr Brendan Phelan had no problem and suggested that Rathdowney had been associated with a swan who took up residence in the town some years back on the River Erkina in front of the meat factory. The late swan was stuffed and is displayed in the meat factory.

Ms Cuddy said the symbol may already be used by The Swan village.

Cllr James Kelly quipped that The Swan might have the 'copyright',

Councillors agreed that there should be a new round of consultations on what best represents Rathdowney.