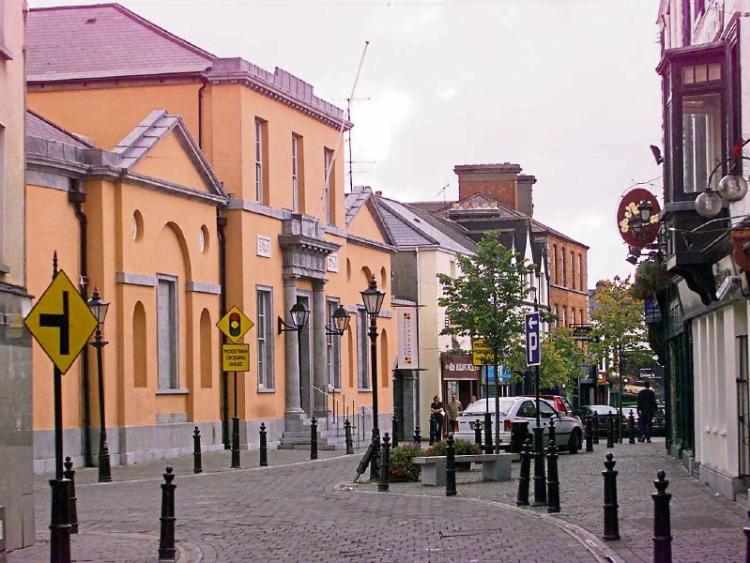 A 21-year-old man arrested for having a knife was subsequently released from garda custody and went out and tried to rob a woman with a metal bar on the very same day.

Before the circuit court was Christopher McDonagh (21), 270 The Sycamores, Edenderry, charged with attempted robbery, on September 19, 2015.

The court heard that the accused had been arrested in Edenderry that very same morning with a knife.

He was brought to Portlaoise Garda Station and then released, before going on to commit the attempted robbery.

Garda Miranda Kennedy gave evidence, with State prosecutor, Mr Will Fennelly, that the accused then came back Portlaoise Garda Station to report that he had attempted to rob the woman.

The accused said he was trying to get a lift back to Edenderry and went to Telfords, Clonminam Industrial Estate, where he saw a woman loading a fridge into her car.

He gave her assistance and said he needed a lift into town, but he had with him a metal bar he had found earlier while walking about.

While they were travelling, he produced the bar and put it to the woman’s shoulder and neck and demanded money.

The woman screamed and after putting the car in second gear jumped out.

The accused then fled from the car and after discarding the metal bar went to the garda station and reported what he had done.

The accused had four previous convictions, including public order offences and the possession of knives.

In a victim impact statement, the woman said she is now nervous getting into her car after it’s been parked somewhere, as she thinks there may be someone hiding behind the seats.

When driving in slow traffic, she said she is worried that someone could jump into her car.

She said she no longer enjoys driving and only makes necessary journeys.

The woman said that after the incident she suffered a panic attack, and felt stupid over the whole thing.

“I thought this kind of thing only happened in Dublin, not Portlaoise on a Saturday afternoon,” she said.

Defence for the accused said that McDonagh suffered with mental health issues and substance abuse.

In a letter of apology, the accused said: “I was not in the right state of mind and I’m very sorry… I’m very ashamed and embarrassed. It will never happen again.”

In ruling, Judge Keenan Johnson said it must have been a very frightening experience for the woman, whose good deed was turned against her.

The judge described it as an unusual offence which clearly involved no premediatation.

“It seems to be out of character for him,” said Judge Johnson.

He went on to say that an aggravating factor was that the crime had taken place in the woman's own car, and noted that a probation report on the accused put him at a moderate risk of reoffending.

The judge imposed a three-year sentence, suspended for four years on strict conditions.

Conditions are that the accused must enter a peace bond for four years; he must remain under probation supervision for 18 months; he is to follow all directions of the medical services for his depression and addictions; he is to take up the Community Employment Scheme with the Traveller group in Navan; and he must pay €1,000 to the Portlaoise branch of St Vincent de Paul within 12 months.

The judge warned the accused that any deviation from these conditions and the court would have no hesitation in imposing the prison sentence.