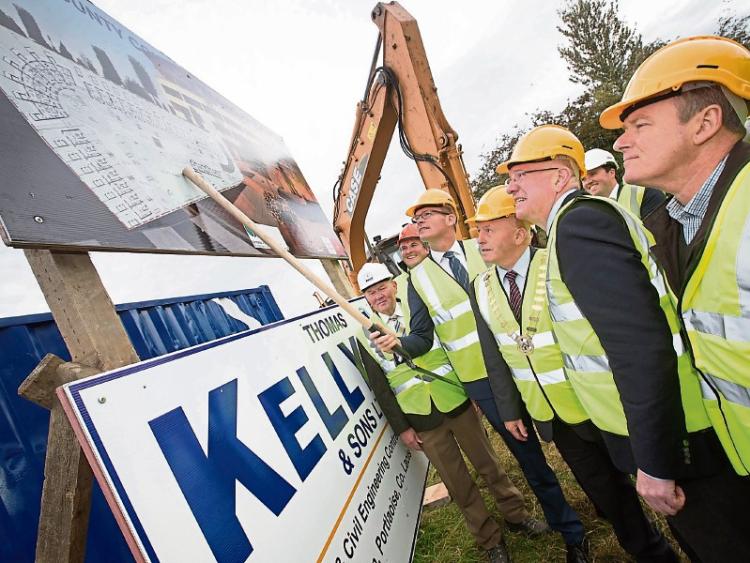 County councillors in south and west Laois have said many more houses will have to be built by local authorities to stop landlords 'exploiting desperate people'.

However, the red tape reality facing Laois and other councils was also evident at a meeting in county hall last week at the Borris-in-Ossory Municipal District meeting.

The shortage of houses and high rents brought critical responses from councillors when discussing a motion from Cllr John King on rents. He asked if the council could take some action to address “landlords who are exploiting some of our most needed people” who are “desperate” for a place to live.

The official response from Laois County Council's director of finance was the local authority has no role in the setting of rents.

“They are leaving it with private landlords to address the problem completely. Every piece of property, whether it is suitable or not, is being made available for renting and in many cases in rural areas the property is not suitable at all,” he said.

He added that landlords were deserting or not taking up schemes where their houses were rented to people on the council's waiting list.

“It is beyond belief that in the 1950s, 60s, 70s, 80s this State could build social council houses and put families in them that were working and were paying their way. That was all changed in the Celtic Tiger and people were sent down the mortgage road,” said the Fianna Fail councillor.

Cllr Dave Goodwin said the problem is down to a lack of funding and felt State money could be spent better.

“There is money being wasted in this and other councils,” he said. The Fine Gael councillor said bulding houses was “common sense”.

Cllr King said that if rent was €100 a week and a young person was on social welfare, they are left with very little money. He said it is important to have a cap on rent. He also felt that more over 55s should be looked after.

The reality of getting more houses may be more difficult than councillors hope.

At the same meeting they were told that the process of getting five houses built in Rathdowney on Moore St, for people on the council housing waiting list, has begun.

The council’s housing department is lodging a stage 1 feasibility and design stage application for approval to the Department of Housing and Local Government.

Cllr King and Cllr Brendan Phelan put down joint motions calling for the project to proceed.

Cllr King said the site is ready to be built on and plans for these houses are “already in place.”

In a written reply to Cllr Phelan, Gerry Murphy, Director of Finance replied to Cllr Phelan saying plans were being finalised and a plan for the development of the site will be prepared early next year. He added that housing developments for Mountmellick, Mountrath and Portarlington were also in train.

Both councillors agreed that housing was badly needed in Rathdowney because of the large number of people in the area waiting on a home from the council. Cllr King said there were a lot of single men, aged over 55, who need a home.

However, no timeframe was put on when the houses would be complete. There are four stages: Stage 1- Feasibility Study & Stage Design; Stage 2- Planning Developed- Stage Design and Stage Tender- Planning Permission (It is the role of the Integrated Design Team to produce a detailed design of the project and to submit a Planning Permission application); Stage 3- Implementation- Construction and Handover; Stage 4- Review- Project Completed.

Politicians nationally have said one of the reasons why more houses cannot be built by councils is the red tape.