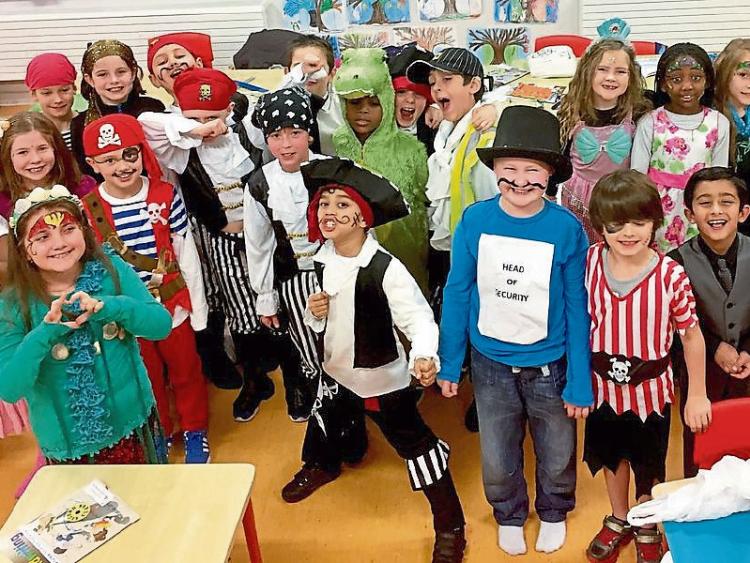 Junior Infants led the way with a performance of a variety of nursery rhymes including Humpty Dumpty, Little Bo Peep and Hickory Dickory Dock which not only featured the mouse running up the clock but also a snake.

Senior Infants sang a selection of up-lifting traditional favourite Christmas songs to the delight of the packed school hall.

First class students did not do a winter performance this year. However, this didn’t stop them from singing along, joining in and clapping for their colleagues from the other classes. The first class children assisted their juniors in helping to put their performances together.

The second class Winter Performance was a play which was titled Pirates Versus Mermaids. The theme was Heave-Ho and away we go on a fantastical journey. The seven seas just weren’t big enough for both Mermaids and Pirates.

Third class did a performance based on Santa Claus having to be woken up by his elves, the reindeers and Mrs Claus in time to load up his sleigh for his deliveries to all the good children of the world.

The children also sang many Christmas songs dedicated to Santa Claus and encouraged him to ask Rudolph to lead his sleigh this year.

The fourth class students performed their own adaption of Roald Dahl’s Fantastic Mr Fox. This featured three horrid farmers, Boggis, Bounce and Bean who kept being outsmarted by Mr Fox as he was eating their chickens, geese and turkeys. In the end the frustrated farmers were only able to get Mr Fox’s tail by shooting part of it off. Mr Fox lived to tell another tale.

Fifth and sixth classes joined forces at this year’s winter performances with a play on the X Factor which featured many celebrities including Kayne West and Kim Kardashian.

All of the plays went down a treat and were done over a three day period. The school Principal Sinead Ahern thanked all of the children, the teachers, the parents association and the parents/guardians and families of the children for making this year’s winter concerts so special and successful.