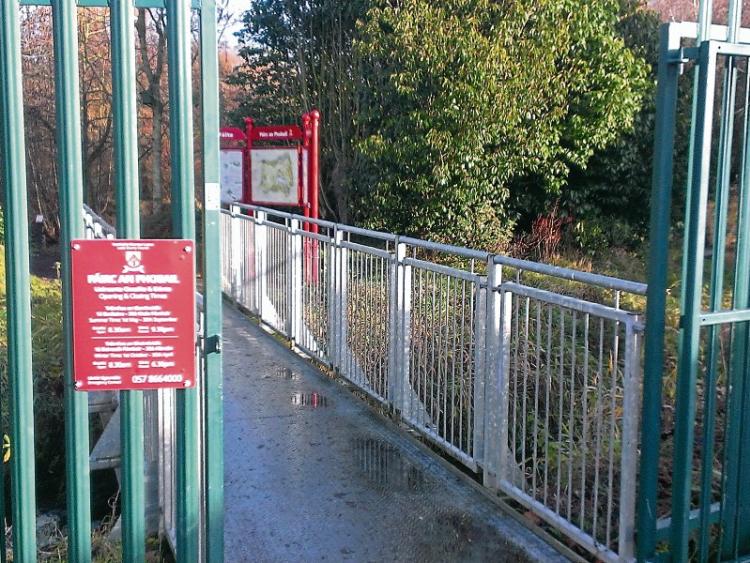 It is costing about €18,000 a year to open and close the gates of public parks in Portlaoise.

Cllr Willie Aird asked had a decision been made to keep the gates to the People’s Park at New Road and the riverside walk at Millview open at night.

Mr Wilkinson: “There have been discussions between the roads section and the environmental section about the opening and closing of the gates.”

Cllr Aird accused Council officials of acting “behind our backs” on the issue.

He insisted that the gates should be opened in the morning and closed at night and he wanted to raise the matter with Director of Services Donal Brennan.

“Where’s this nonsense coming from?” asked Cllr Aird. “Does the CEO know this? If he did I will be asking for his resignation.”

Cllr Caroline Dwane Stanley: “I am fully in support of having a meeting with Mr Brennan.” She was concerned that leaving the gates open at night could disturb vulnerable people.

Cllr Aird wondered was the task of opening and closing the gates going to a private company.

Chairman Cllr John Joe Fennelly said the matter would be raised with the Director of Services.

Earlier, Cllr Aird had proposed that the Council should consider the erection of barriers at the entrance to the People’s Park carpark. Mr Wilkinson said this could results in the loss of four of the 22 parking spaces.