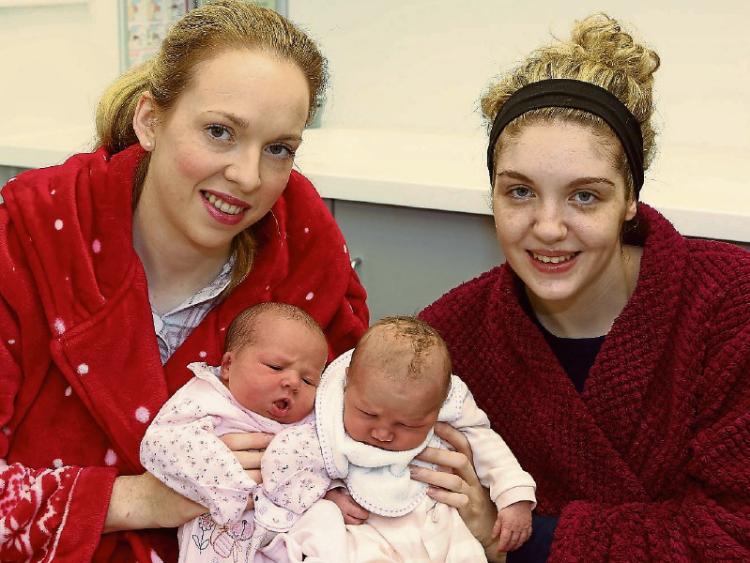 2016 got off to a wet start, with flooding threatening homes and businesses around the county in January.

Up to five houses were flooded, with as many as 40 houses threatened as the fire service worked night and day to keep the rising water at bay around Laois.

Mountrath, Rathdowney, Portarlington and Mountmellick were the worst affected areas with Laois Fire Service and residents working straight through from Christmas Day, until Sunday, January 3 in an attempt to prevent houses from flooding.

Gardaí were appealing for information following a double stabbing in Portarlington on New Year’s Day.

Two local men in their 20s were taken to hospital after receiving stab wounds in the Woodland Park area of Portarlington, at around 4.50am on the morning of January 1.

A garda spokesperson confirmed that their injuries were not life-threatening and one of the men was subsequently released from the hospital, while the other was still in hospital.

Portlaoise residents expressed fears that potential risks to their health from the Enva oil recycling plant would not be addressed, despite promises from the local company and the State's environmental watchdog.

Residents have continually raised concerns about the cause of a bad odour from the plant over the last few years.

Enva said they were committed to resolving any odour concerns , while the EPA said they would continue to measure air quality in the vicinity of the site and investigate complaints.

The Department of Education confirmed that a new post-primary school in Portlaoise would ultimately have capacity for 1,000 pupils.

The patronage of the new school was yet to be decided in January, with representatives from Educate Together and the Gaelcolaiste both hoping that they would be responsible for the running of the new school.

GPs in Laois warned that the Emergency Department at Portlaoise hospital could be downgraded post election but the Minister for Health claimed 24 hour services were secure.

In a public letter several Laois GPs warned that the hospital could face a similar fate to Roscommon which lost its A&E despite election promises from former health Minister James Reilly.

They claimed that a plan on the hospital's future had been deliberately delayed.

And Mountmellick fell into mourning with the sad news of the death of two year old boy Jake Connolly.

It had been a lifetime battle for the curly haired tot, who suffered with an extremely rare condition, Allan Herndon Dudley Syndrome. Hundreds of mourners came to sympathise with his family, and bid farewell to Jake.