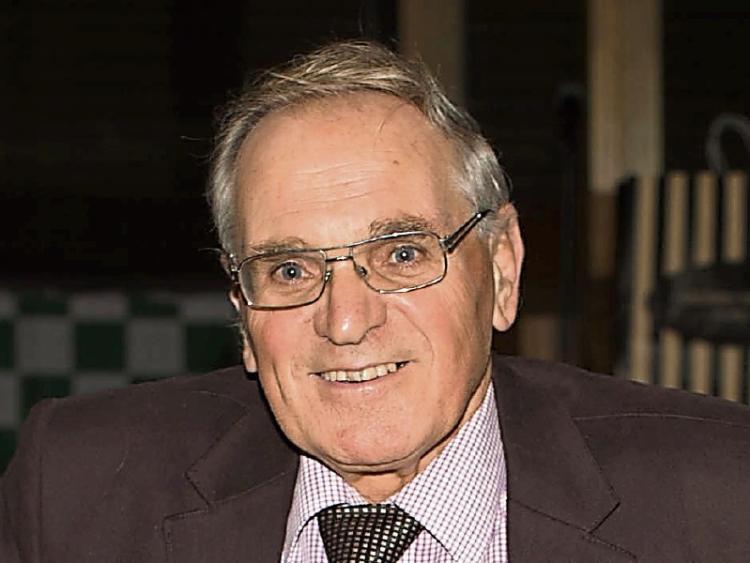 The advent of the internet, that great ethereal depository of knowledge and information, has radically transformed our manner of communication.

Facilitated by the age of the computer, the dissemination of news is now instant and all embracing.

In buses and trains, on the street and in our homes, and everywhere we go, we see people interacting with their phones, iPads and laptops, texting and tweeting, Googling, Binging and Yahooing, on Facebook or Whats App or whatever you like yourself, to the total exclusion of the world and those around them.

Yes the world of news dissemination and means of communication have, over the course of the past thirty years, fundamentally changed the way we relate to world and local events and as well as with our friends and other people.

Back in the 1980s and ’90s it was usually a case of phoning home from a call-box to a landline, and we depended on the daily newspaper, radio or tv for our national and global news and our in-house entertainment.

But it was the local newspaper that was our essential guide in keeping abreast with what was going on in our own area.

The provincial press came under threat from a new media rival in the 1990s, local radio.

But that proved a passing phase and both soon realised they could live with one another and indeed found that they could be complementary to one another.

There was a much bigger threat just down the road, however.

As hi-tech enhancements every other week in the new millennium introduced glitzy on-line ways of communicating among the twittering masses, it seemed to sound the death knell to the era of newspapers.

The printed word was dealt another fatal blow it looked like with the introduction of Kindle.

Now a little hand held gadget could deliver a multitude of books at a nominal fee comparatively speaking.

Printing presses that had served the mass audience with information since Johannes Gutenburg rolled off his first sheets of newsprint in15th century Germany were destined for the dump. Or so it appeared!

The newspaper industry has certainly been on the ropes for the past decade with circulation figures and share prices plummeting. They faced an uncertain future.

But with apologies to Mark Twain it could be said that the report of the death of newspapers has been greatly exaggerated.

Newspapers are not being bought in the same numbers as before but the market has adjusted and steadied.

Now, instead of fighting against the march of new technology, the industry has learned to use it and work with it. This is certainly so with the regional press which operates more on a person to person basis than the national and international press and is, therefore, more valued.

It is this personal relationship with the local paper that will ensure its lasting presence.

It is the local paper that provides the in-depth news of events that relate directly with readers, the news from their own area and nearby places, a selection of news that is not accessible from any other source.

It provides a vital facility for the exchange of views and comments and retains an eminent place in the life and times and welfare of a community.

This country and all its parts is obsessed with sport and the local paper ensures that county and local fixtures big and small get due coverage.

The local paper affords an exposure of the social scene in our locality which cannot be matched by any other media and it provides our entertainment guide.

Because it is kept close at hand for a full week and read more often and by more people than a typical daily it gives local shops and businesses a better return on their advertising spend.

The Leinster Express is the newspaper of County Laois and has been so since 1831.

It has had its highs and lows. For almost its first hundred years it was unapologetically an establishment paper. But it did provide space too for those who did not follow the conservative Anglo-Irish line.

Its editorial comment in the immediate aftermath of the Easter Rising in which the rebellion and its leaders were severely censured, for instance, did not enhance its reputation among the majority nationalist population but, in fairness, most of the national press were also hasty in condemning the Rising and, indeed, the vast majority of the population were of the belief that it was not the right thing to do.

The Leinster Express editor and proprietor of the day, Charlie Carey, an affable and sociable man, kept his powder dry in relation to venting his opinions in his publication for a considerable time after that and eventually his offending comments were largely forgotten if not forgiven.

There have been other editorial faus pas but providing the best product possible for its readers has been the ideal of the Leinster Express and to provide such a service it has embraced change when required.

That has been the key to its survival and success. It has been fortunate to have a dedicated and talented staff over the years.

Above all the local newspaper is put together by local people, who are themselves part of the community in which the newspaper circulates.

Involved in the production of the paper in my time were, among others, such gifted compositors as Brian Fergus, Pat Kearns, Tommy Morrin, John Gorman, Eamon Harkin, and the late Willie Finnegan.

The man in charge of the camera-room was Martin Connolly, whose father, Paddy, faithfully served many years as master printer with the Leinster.

Johnny Comerford, was another compositor and he and Noel Prendergast, for a while, also worked in the camera room.

Later with the advances in technology which facilitated direct input by editorial and advertising personnel, the skills of these highly qualified staff members were no longer deemed necessary but their names and their contribution to the success of the Leinster Express should be recorded.

In the editorial area there were some well-known journalists in the Leinster in my time.

Included were Gerry O’Regan who went on to become Editor with the Irish Independent group and Jody Corcoran, of the Sunday Independent, who was Political Journalist of the Year for 1916.

I also worked alongside the well-loved Portlaoise man, Tony Dunne, whom I replaced as News Editor.

Among the other journalists readers will remember are Fidelma Freney, Caroline Allen and John Whelan, later to become editor and a little later still, a Senator. They were all good reporters and writers.

A really lovable character, Jim Yorke, who sadly passed away in recent times, was the in-house photographer for many years and he was replaced by another brilliant photographer, Alf Harvey, who needs no introduction.

Ray McGowan was in charge of advertising and Susan Conroy looked after wages and accounts.

Offaly native, Derry Quinn, looked after business matters and I looked after the newspaper, when we jointly acquired the business in 1984 on the previous owners, PMPA, going into receivership.

In the 1980s we launched a new newspaper, Offaly Express, which boosted our circulation for many years but which later, under new management, fell victim to retrenchment in the economic downturn.

Among the well-known names associated with the Offaly Express were the late Eddie Rogers, the late Kevin Farrell, Declan McSweeney and Vivienne Clarke as well as Tullamore man, Paul Rouse, who went on to become a highly reputable historian.

There have also been some brilliant news correspondents associated with the Leinster Express in my time such as Christy O’Shea who supplied the Ballinakill notes and often excellent historical pieces too.

Christy Phelan, Abbeyleix, Lily Sheeran, Borris-in-Ossory and Sean O’Reilly, Mountmellick were others that come to mind who supplied the local news, so vital for a local paper like the Leinster.

GAA is a big favourite with readers and two dear friends of mine, Willie Flanagan and Paddy Dowling, both proud Mountmellick men kept the Laois GAA world buzzing.

Among the many students we took on for work experience in my time was a Mountrath girl, Claire Byrne, who will be familiar to most readers now as a leading tv personality.

I was fortunate to see the Leinster Express thrive and grow in size and in reputation and at the turn of the millennium it linked up with another leading provincial, the Leinster Leader in Naas to form a major group of provincial newspapers that included the Limerick Leader and Dundalk Democrat amongst other well established titles.

The recent move of the Leinster Express from the Dublin Road to Lower Main Street is only the second such move in 185 years.

It was located just off the Market Square in Portlaoise from 1831 until the late 1970s. It is significant, therefore, the move back into the county town centre.

It is a statement that it intends to serve the readers of the county with a fulsome diet of news and views for many years ahead as it has throughout its long history.