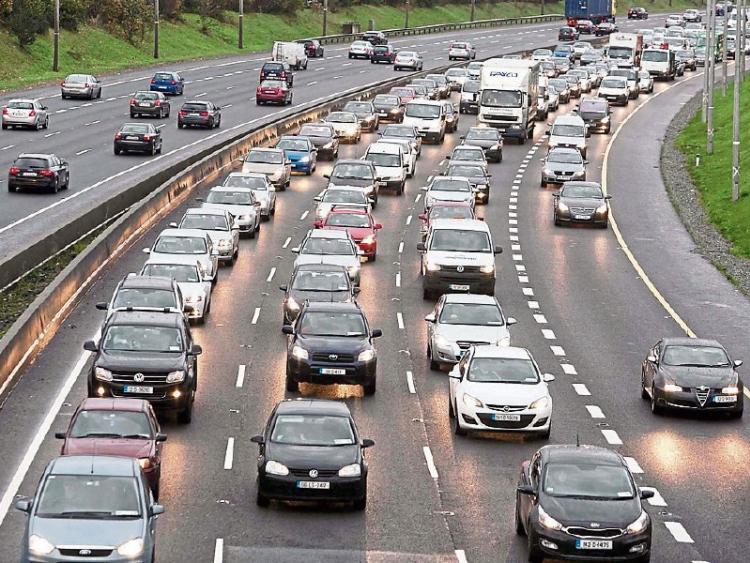 Despite the unusually mild weather experienced so far, driving home for Christmas is still likely to cause some issues for motorists as AA Roadwatch warn drivers to expect jammed roads in the final days before Christmas.

According to the traffic information provider, traffic levels in Ireland have been at their heaviest in recent years and are unlikely to relent over the season.

While commuter traffic will gradually tail off throughout this week.

It is likely to be Friday, 23 December before any major drop offs in traffic levels can be seen.

With Christmas falling on a Sunday this year, the traditional Christmas Eve exodus from Dublin, Cork, Limerick and Galway cities is likely to take place one day earlier.

However, this will likely result in busy traffic around shopping centres in other towns around the country as those travelling home search for last minute gifts.

“Motorists can expect to see a surge in city-centre traffic on Thursday 22 December, as last-minute shoppers try to take advantage of late closing hours to get all of their gifts sorted,” said Arwen Foley, Editor of AA Roadwatch.

“Meanwhile, on Friday 23 December traffic levels will start to build up from 1pm as those leaving city centres around the country make their way home for Christmas before traffic starts to die down again after approximately 4pm.”

As for Christmas Day itself, AA Roadwatch say traffic will be light as people are most likely to stay in and spend the day with family or friends and this will also likely be the case on St. Stephen’s Day.

However, on the 27th of December local town centres are likely to experience mid-heavy congestion due to retail sales, for which AA Roadwatch are advising shoppers to leave early to avoid queues.

As always both the AA Roadwatch and AA Rescue teams will be working over the Christmas period, meaning that even if the weather takes a turn for the worst or you experience a Christmas motoring nightmare help will still be at hand.

However, as most garages will be closed for the festive break, the AA is reminding motorists of the importance of carrying out basic maintenance checks before they set off, such as topping up windscreen wash, checking and cleaning headlights, and adjusting tyre pressures for a full load, if required.

Meanwhile, between New Year’s Eve and New Year’s Day 2015 the company’s rescue services attended 602 breakdowns, up from 476 in the same period in the year previous.

“While the mild weather we’ve experienced so far this winter has helped reduce the number of breakdowns on Irish roads in the last few weeks, our AA Rescue services will still be operating over the Christmas period,” Conor Faughnan, AA Director of Consumer Affairs added.

“With all the excitement and rushing around that comes with Christmas flat batteries or keys being locked in cars are the last thing any motorist will want to deal with this year.

AA Rescue tips to ensure your Christmas in a merry one:

To avoid your battery going flat remember to switch off all headlights, interior lights, heaters and the radio when leaving your car

Keep a pair of jump leads in your boot