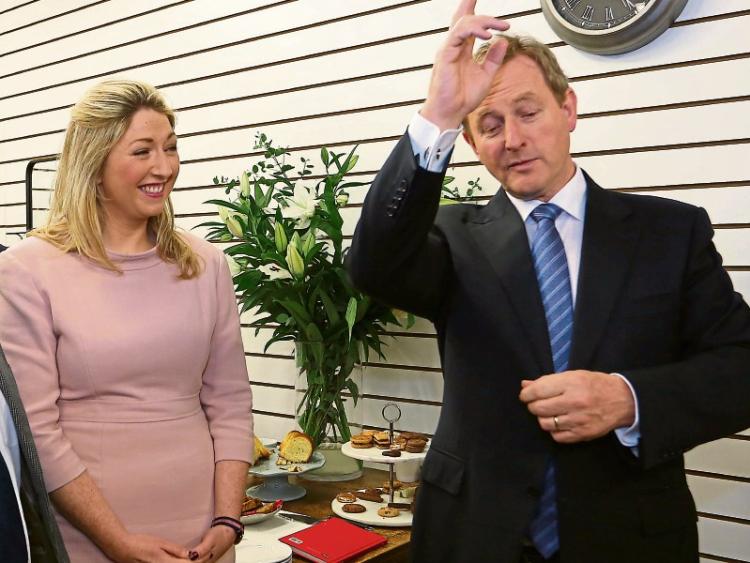 Electioneering got into top gear in Laois at the start of February, with the Government's candidates setting down what they hoped would be the groundwork for a hectic canvas with €30 million of spending plans.

Topping the list of pledges from Fine Gael and the Labour Party was the promise of €23.7 million on the redevelopment of St Vincent's Hospital in Mountmellick.

Little detail was provided on how this would work by the HSE or Department of Health but Minister Charlie Flanagan was pleased with the news and confident of delivery.

In other funding news, Laois County Council received €1.65million to redevelop a new library in Portlaoise - half of the estimated €3million it will take to convert the old Shaws site.

The previous year, the acting senior librarian, Bernie Foran revealed that it would take an estimated €3million to develop the former shop, including a €750,000 County Council Contribution.

A garda was left badly bruised after being assaulted by two youths at a house party in Kilminchy Village at the start of the month, during a night of mayhem which also left a number of trees in the estate damaged by a crashed stolen car.

Senior doctors at Portlaoise hospital began the fightback against downgrade by warning HSE bosses that a plan to end round the clock A&E cover would be risky and not safe if implemented as outlined.

A letter sent by hospital consultants to Dublin/Midlands Hospital Group CEO Dr Susan O'Reilly effectively confirmed that the A&E would shut. This in turn would lead to the loss of surgical and other key services.

The HSE planned an alternative but consultants believed it was unworkable. The model outlined involves two 24/7 medical assessment units - one for adults and one for children.

“This would not be a safe pathway for adults or children,” the doctors stated in their letter.

There was great excitement in Portarlington this month, as the new refurbished library was officially opened by Cathaoirleach of Laois County Council, Catherine Fitzgerald.

The bright, modern space, which had an estimated refurbishment cost of €300,000, was a new departure for libraries in Laois - boasting the county’s first ever self check system.

And at a council meeting in February, it was revealed that many Portlaoise housing estates have been built without financial safeguards put in place by developers, with the result that county hall is struggling to find money to sort out problems in unfinished estates.

14 estates were discussed at the meeting, which the council was still trying to take in charge.