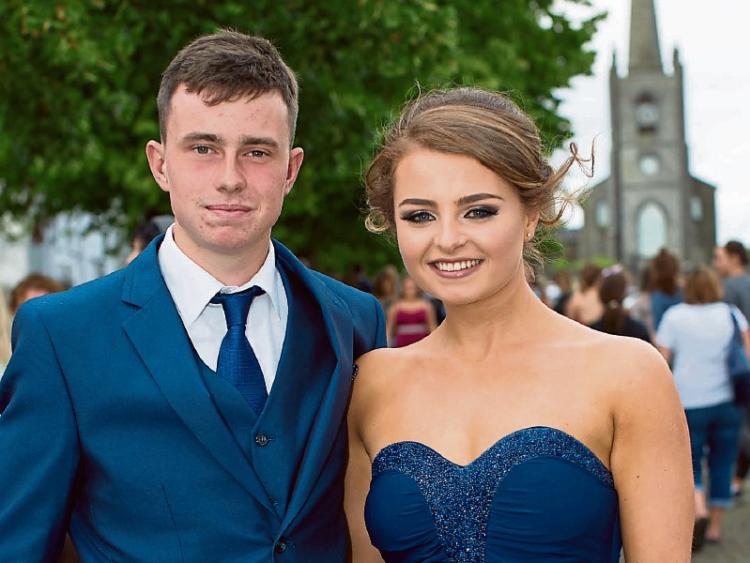 There were bitter sweet experiences for the local Roses in Tralee this year.

2016 marked the first year when Roses from all counties and countries travelled to the kingdom for the finale.

Laois was represented by Kate Hyland from Clough, while Portarlington had Dearbhladh Walsh represented Abu Dhabi and Offaly. Both are friends and teach at the Presentation in Port.

Kate didn't make it through to the final round, but Dearbladh did.

While Kate enjoyed the experience she, like other Roses, wasn't best pleased with the fly on the wall documentary that filmed the contestants early in the morning when they found out who had made the cut for the live TV show.

“It was a tense and emotionally fueled scenario,” said Ann Marie Bowe of the Laois delegation, herself a former Rose.

While much of the attention through the year was on Portlaoise hospital, the HSE was to spend money to allow admissions to recommence to St Vincent's Hospital in Mountmellick.

The investment took place after the health watchdog Hiqa restricted admissions in 2015.

However, the hospital required more investment and Minster Charlie Flanagan pledged to meet Minister for Health Simon Harris to drive a €23.5 redevelopment forward.

There were many big achievements for the Leaving Certs of 2016 but perhaps one of the most noteworthy was the success of Teron Francis.

The Portlaoise College student scored 425 points in his final exam. It was an achievement gained against a difficult backdrop.

Teron moved with his family from Sri Lanka in 2007.

For most of their time since, they have lived under the direct provision service for refugee asylum seekers at the former Montague Hotel in Emo. Up to 150 people live in the centre. Teron, who went to national school in Emo, is grateful for the opportunity Ireland has given.

“Living in Ireland has been great, and I've made some great friends. Plenty of opportunities have been given to me during my time here,” he told the Leinster Express.

Reform of local Government reduced the cost of politics in Laois to taxpayers.

The Laois County Council 2015 annual report revealed that some €520,000 was spent on county councillors. This was down €70,000 on the previous year. The conference and training bill fell by more than €57,000.

Attendance at conferences around the country dropped dramatically under the new regime.