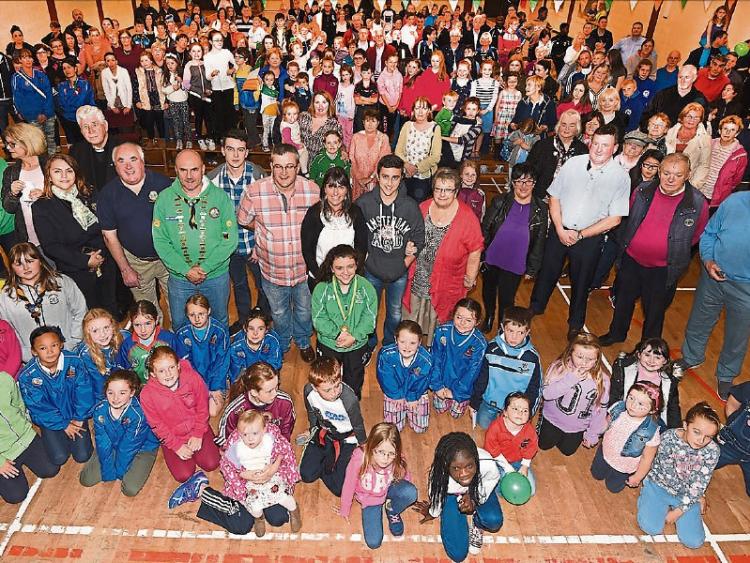 September marked the start of a new era for education in Portlaoise, but the new chapter began with a built in delay.

Six classes of Junior infants were among the 1,400 children to start school at the new Holy Family Senior and Junior Parish Primary Schools.

Des Sutton and Enda Hickey are the principals and the children have lovely new uniforms. The one hitch was a big one. Their new home wasn't ready so they had to use the St Paul's, Scoil Mhuire and the Sacred Heart buildings.

Construction of the new school was ongoing in early September.

“We weren't expecting to be there yet, but it's a bit of dissappointment,” said Mr Hickey.

There were also some traffic headaches at Portlaoise's two secondary schools, St Mary's CBS and Scoil Chríost Rí as well as for residents. A new traffic management system contributed to long delays for all.

It was a rough start to the new school year in Mountrath. Just two weeks in thieves broke into St Fintan's and Scoil Bhríde.

“There was a great amount of damage carried out at both schools,” said Cllr James Kelly.

Crime was on the minds of gardaí and the public at a stolen property recovery day in Portlaoise Garda Station.

A Cullohill couple hoped to recover items worth €5,000, stolen in just one night.

“It's like looking for a needle in a haystack,” they said on seeing the amount of recovered property.

The property tax is not popular but people have to pay it. Management at Laois County Council recommended that it be increased, but county councillors refused to do so and froze the rates at the same level since introduced three years ago. About 29,000 households are expected to pay nearly the €5 million in property tax next year. No household in Laois paid the top rate of €1,800 on a home worth €1million or over.

Sport and news crossed paths in September for good and bad reasons.

Paralympic swimmer Nicole Turner, aged 14, was one of the stars at the Rio Paralympics making five finals.The nation took her to their hearts because of the supreme effort she put in.

Nicole got a hero's welcome at two big homecomings in Port at Coláiste Íosagáin and in the Community Centre.

“How proud we all are of our pocket rocket called Nicole,” said school deputy principal, Siobhan Higgins.

Many sporting GAA games were played in September but some got out of hand. Laois GAA was forced to take action after a big row in a Clonaslee V Castletown hurling match.