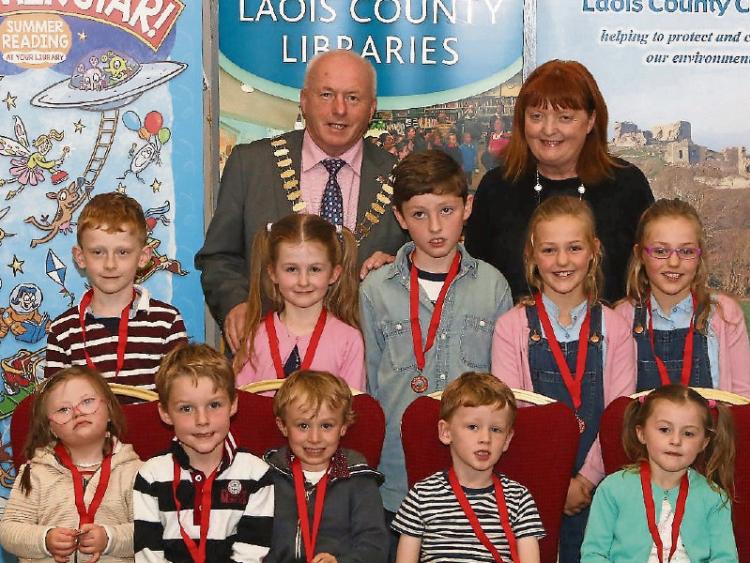 The maternity unit in Portlaoise hospital could be moved to Tullamore, as suggested by Dr Susan O'Reilly, CEO of the Dublin Midland Hospital Group, it was revealed this month.

“The building on the Timahoe Rd was no longer fit for the needs of the pupils and staff. They can look forward to a new building on the site of the former St Paul’s NS,” he said.

“We have grave reservations on the timescale. It may be 2021, that’s a lot of winters,” said Michael Gorman of St Francis new building sub committee.

St Fintan’s NS in Mountrath was targeted by thieves for the third time in five weeks, with the total cost of the damage exceeding €10,000.

October 16 was the 40th anniversary of an IRA bomb in Garryhinch, which killed Garda Michael Clerkin, and injured four other gardaí, including retired garda sergeant, Jim Cannon.

He called on the authorities to award a Garda bravery medal to Clerkin's family and the survivors, who live on with injuries and nightmares.

Chief Supt John Scanlon later confirmed that the medal will be considered.

The sod was turned by Minister Flanagan and Minister Coveney on a new council estate in Portlaoise.

Conniberry Way, Old Knockmay Road, will have 30 three bed houses and three maisonettes, to be ready by spring 2018.

Long held hopes for an inland port at Togher in Portlaoise, hit the rocks when a 109-acre residential farm at its centre went up on sale for €2.2m.

There was a warm social media reaction to the news that an Eddie Rockets will open in January at Laois Shopping Centre.

Staff at Ballyfin Demense were shocked and overjoyed after the plush Laois hotel was chosen as the Best Hotel in the World, in the prestigious Conde Nast Readers Choice awards.

Laois doctors warned of the impact of a county without a hospital.

“The plan is to downgrade Portlaoise from a 3 to a 2. They would close the Intensive Care Unit, the Paediatric unit, the coronary care, and replace the A&E unit with a local injury unit and a medical assessment unit,” said Dr Sean Fleming, cardiologist.