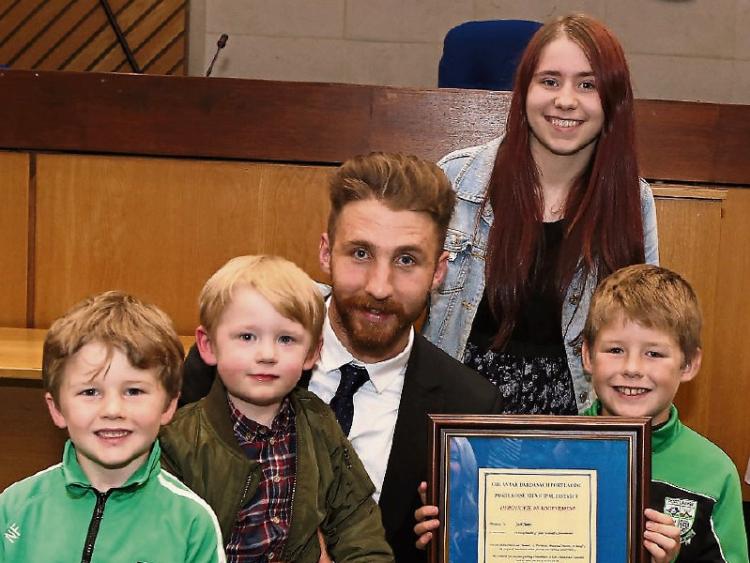 Arson marred the Halloween bank holiday in Portarlington when several vehicles including a 52-seater bus and a van were set alight in a malicious attack.

After studying CCTV footage, Gardaí arrested a juvenile female and a man, from the local area.

Thousands of Laois secondary school students missed out on nearly a week of lessons, when ASTI teachers went on strike before and after mid-term, to support younger colleagues who are paid less for the same work.

Many schools remained closed until November 9, over a further dispute about unpaid supervision.

Laois county councillors agreed to travel to Dublin on November 9, to picket the Dáil and demand a meeting with Minister for Health Simon Harris to fight for Portlaoise hospital.

However after Minister Harris said he was not available, the day was cancelled by the council's Fine Gael Cathaoirleach Tom Mulhall. Cllr Willie Aird went up anyway and picketed with placards, along with veteran hospital campaigner Kathleen O'Brien.

The Leinster Express moved office this month, from the Dublin road back to Portlaoise town centre, where it began life in 1831.

The patrons of a new 1,000 pupil secondary school in Portlaoise were announced as Laois Offaly ETB with An Foras Pátrúnachta, who will jointly offer a co-educational, multi-denominational option, with an Irish language unit. It will start in 2017 with first years, in rented premises, with a new building in 2021.

Councillors voted to increase commercial rates for Laois businesses, hitting them with an extra €370k in charges for 2017.

The 3 percent increase is the first since 2008. to balance the books in county hall, voted in by Fianna Fáil and Fine Gael councillors.

It will only be felt by about 240 out of the 1,700 ratepayers, as small businesses get a discount rate.

There was a wave of car break-ins mid month, with homes, a church carpark and a sports club targeted by opportunistic thieves, in Emo, Portlaoise and Mountrath.

Laois Hospice sought the public's opinion on their future direction, as the charity is being asked to contribute donated funds to a planned midlands wide €9.5m hospice in Tullamore. The HSE promises to pay the €2.5m yearly costs if Laois and four other hospices foot the initial bill.

Ciarán Treacy's parents Ronan and Gillian launched a two year anti-drink driving Road Safety Campaign. It features heartbreaking scenes of their little boy at play, and the devastation of his death.

“It shows the little boy we knew as a family, full of life,” Gillian said.