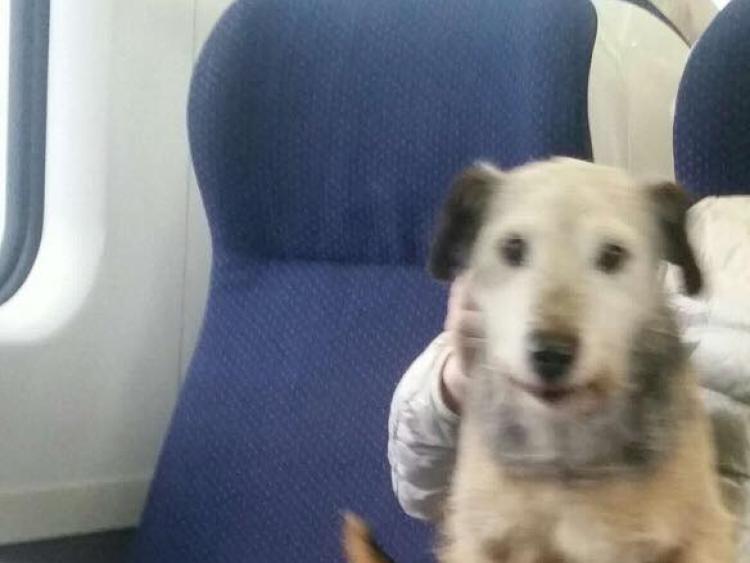 It was a dog's day out for Houdini the wire haired terrier from Portarlington this morning, when he boarded the train to Dublin in Portarlington train station.

Iarnród Eireann quickly put the call out for information on their Facebook page, looking for his owner to come forward to bring him back home.

The story of little Houdini's adventure took off on social media.

Within hours the post was shared over 500 times. Wisecracking comments included 'he must have slipped the Laois' and 'even the dogs have had enough of Portarlington'.

Houdini walked a mile from the family home to catch his 10am train, where he was met by the Gardaí on his arrival in Dublin, brought to Kilmainham Garda station and eventually Castleknock dog pound.

Owner Enya Mulligan has since made contact and is waiting to be reunited with her pet.

The pound closes for the long weekend today, so Houdini will be spending New Year in the pound, if he doesn't escape that too. Enya and her mother Siobhan will bring him back home next Tuesday, on the train, on a lead, in a cage.

"He's a little charmer. We called him Houdini because he is a notorious escape artist. They told us that in the pound in Ballacolla when we rescued him as a pup ten years ago. He regularly escapes to "do his rounds" in Portarlington, but this is his best trick ever," said Siobhan Mulligan.

"It is the biggest adventure he's ever had, and the funniest. He is safe and well, so we can laugh," she added.