'Our Duke' triumphs for Coolrain family syndicate at Leopardstown Races 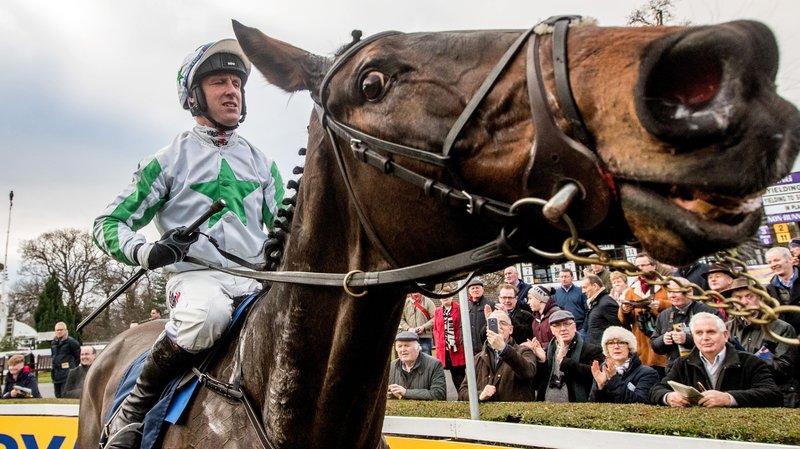 Our Duke after winning the Neville Hotels Novice Chase at Leopardstown

A family racehorse syndicate from Coolrain is celebrating this weekend after their horse won the Neville Hotels Novice Chase at Leopardstown in a thrilling finish on Thursday.

Our Duke edged out Coney Island and Disko in a cracking conclusion to the three mile Grade One, to give the Cooper Family Syndicate their biggest win after 25 years in the business.

The 4-1 six year old gelding, trained by Jessica Harrington, and under the saddle of Robbie Power, won by half a length, overcoming the heavily favoured Coney Island, owned by JP McManus.

The Cooper Family Syndicate comprises  brothers Sloane, Nigel and Billy, and their sister Hazel and her husband who are based in the States.
Sloane Cooper said they were confident going into the race, and they were more than familiar with their horse's provenance.

“We had this horse's grandmother,” outlined Sloane. “My brother used to work as farm manager for Seamus Purcell in Kilcock. When he sold the farm, he gave two mares to my brother, one of which was called 'Can't Be Done.' That mare had a filly called 'Good Time Jenny' who is the mother of 'Our Duke'.

“It was our biggest day racing ever,” stated  Sloane. The win netted the Coopers €50,000 in prize  money and Sloane also noted that they took some money from the bookies.

Our Duke is now rated a 10-1 shot for Royal Sun Alliance glory in Cheltenham next March.
“We will see what happens. We like the ground to be yielding to soft for this horse.”

Speaking after the race on Thursday, Jessica Harrington noted the Coopers record. “They have one mare for breeding and three of her runners have run here this week, not many people have three horses in training and get three for Leopardstown,” she said.“Today he had to go in and jump quickly and he made mistakes. But he will have learned plenty. That was probably as good a ground as he’s ever run on and he doesn’t seem to mind it”