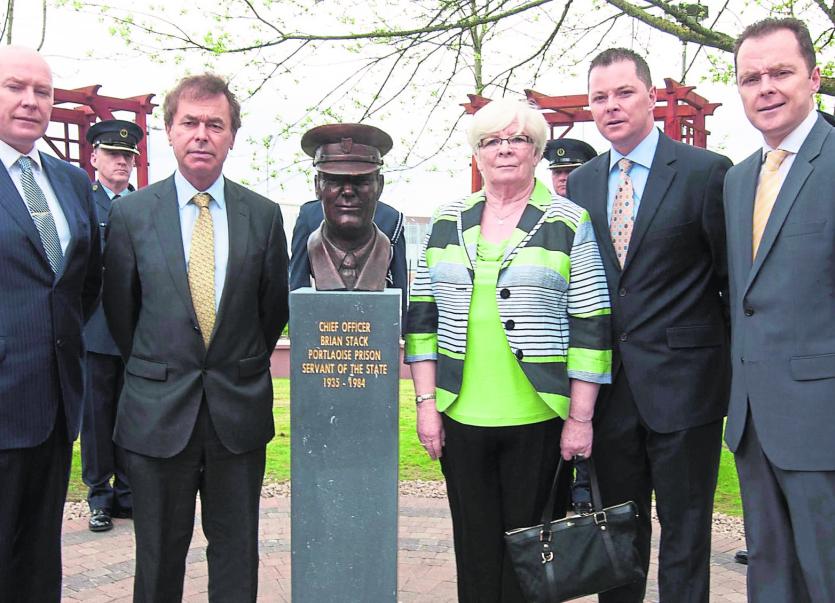 Sheila Stack wife of the late Chief Officer Brian Stack with the bronze bust unveiled at the Prison Service College, Portlaoise by the then Minister for Justice Alan Shatter. Included in picture are A

Austin Stack, the son of the murdered prison officer, Brian Stack, has confirmed to the Leinster Express that Gardaí interviewed him over the Christmas period in relation to the ongoing investigation into the death of his father.

Mr Stack said that Gardaí conducted an extensive interview with him and he said that he had every expectation they would also interview Sinn Fein President, Gerry Adams.

"The Gardaí know that Gerry Adams knows this person who knows individuals who can open a lot of doors in this investigation. We know that a trusted friend of Gerry Adams has information on this case, which is quite live.

"We want to identify the individual we met. If information is brought forward, it could mean that we, as a family, may receive the ultimate closure on this," said Austin Stack.