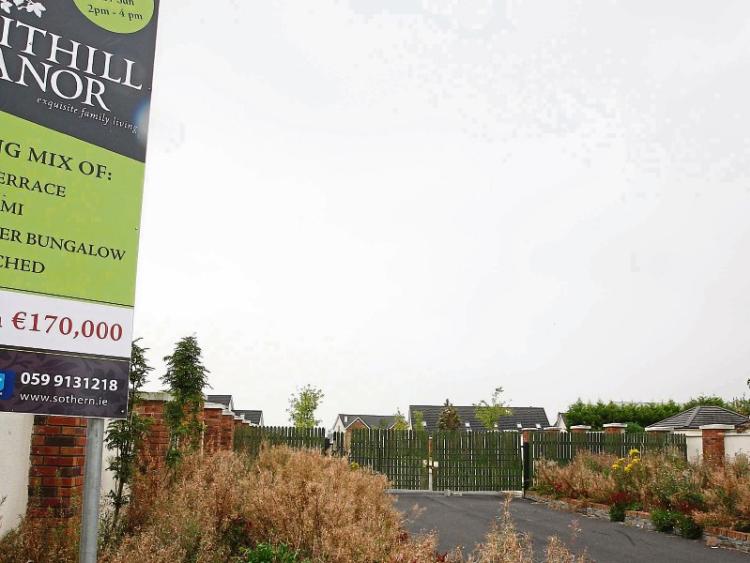 The keys have been given to 15 people on Laois County council’s housing list for new homes in Fruithill Manor in Graiguecullen, formerly one of Ireland's worst ghost estates.

The council is to ask the developer to lease out 20 more homes in Fruithill, beside Carlow town, for Laois tenants on the waiting list.

Director of Services over housing Gerry Murphy said he will “be the first” if the developer offers more houses .

“If these houses become available, and they may not, as the developer intends to privately let them, we’ll be the first to ask for 20 more,” he said.

Cllr Ben Brennan wanted the council to buy the homes instead of leasing them.

“By all reports these are top class houses. We need them locally, we have families to fill them, we lost enough to Carlow,” he said at the December council meeting.

“The tenants have moved in, it’s a great project,” said Cllr Padraig Fleming, also asking about getting “more houses down the road”.

“I hope Carlow is told where to go, make sure you’re on top of your game,” he said.

Cathaoirleach Cllr Tom Mulhall said that all six councillors in the Portarlington Graiguecullen municipal district were “disappointed” at the small allocation of 15 homes.

“We all agree and support you. We are going for the 20 for Laois,” he said.

In the first wave of houses leased to local authorities, Carlow County Council was given 45 homes in Fruithill, which is inside the Laois border in Graiguecullen.

Fruithill was planned as one of the biggest estates in Laois. It was to have nearly 570 houses and 15 apartment blocks, in a €400 million development begun in 2007.