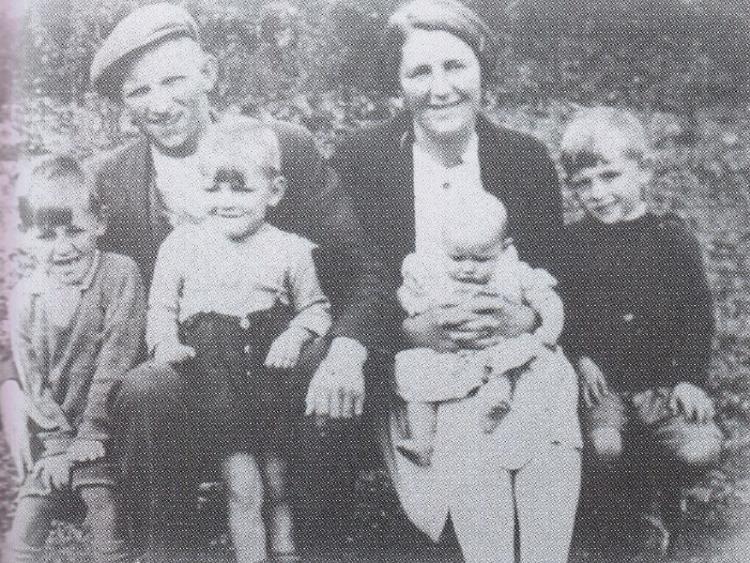 NO food in the house, and no money to buy some, and three hungry children.

That was the dilemma facing Daniel Buggy of Cullenagh, the historic townland between Timahoe and Ballyroan. To make matters worse, he hadn't any rabbits to sell and his only ferret was unwell.

In desperation, and accompanied by his son Billy, he picked what he considered to be an easy spot for the ferret. A rabbit bolted, Daniel caught it, wrung its neck, and threw it to Billy, exclaiming: "There's one loaf of bread anyway."

After capturing a second rabbit, they went home and that evening Billy was able to purchase two loaves from Arthur Kerr's shop in Timahoe.

That incident is recalled in a newly-published book, The Rabbit Industry in Ireland, 20th Century Snapshots, by Michael J Conry.

As he points out in his splendid, well-illustrated publication, it was an industry that flourished in the 19th and the first half of the 20th century, especially during World War 1 and World War 11, when Britain was practically an unlimited market for rabbits.

According to one estimate, there could have been up to 40 million rabbits in Ireland, of which 15 to 20 million could be harvested annually. Many a household, like that of the Buggys, depended on the trade for survival.

Attanagh, for example, was "infested" with rabbits--so many that apparently "if you thew a stone up in the air on the way home from school it would fall on one."

But there was another side to the story. Farmers saw rabbits as a scourge, destroying meadows and grasslands, consuming crops. In 1954, myxomatosis was unleashed in Ireland. The terrible, and undoubtedly, cruel disease scythed plague-like through the rabbit population. The poor man's meat was gone, an industry was at an end.

Back for a moment to Billy Buggy. He followed in his father's footsteps and so many rabbits did he lamp and sell that he was able to buy a hackney car from the proceeds. He made his home in Timahoe.

Among the many characters featured in the book is Bill Stapleton, of Kylebeg, Ballacolla. Apparently, he was a professional poacher and at one stage was earning up to £150 a week from rabbits, an astounding income for the time.

Mr Grant, the gamekeeper on the de Vesci Estate, conceded that Bill was the only man ever to have successfully eluded him.

Shay Fennelly, of Abbeyleix, tells of his uncle Tommy whose dog would carry a pheasant out to him over the de Vesci Estate wall. Unlike Bill Stapleton, he didn't elude the gamekeeper and was summonsed. The RIC policeman, who seved the summons, assured Tommy that he would speak up for him in court.

Instead, the policeman told the Judge: "There's not a dog fight, badger bait or anything else in Abbeyleix that the accused is not involved in. Mr Fennelly is the instigator of them all." Sentence: nine months in Mountjoy jail.

Women also participated in the rabbit industry. Mary O'Brien (nee Regan), of Attanagh, set traps and snares with her father Martin and brother Paddy. In later life she had qualms of conscience about the activity. Not so Mary Shields of Dysart, Portlaoise. She didn't think twice about snaring a rabbit for the table.

A great ferreting man in Portlaoise was George Styles of Factory Lane. When he arrived home with 20 or so rabbits, housewives were waiting to get their hands on what he called "the poor man's dinner."

Various merchants, or dealers, bought rabbits--Samuel Pratt in Camross and the Egans and O'Reillys in Portlaoise, to name a few.

* Michael J. Conry, a native of Roscommon, worked with An Foras Talœntais and holds a Ph.D from Trinity College, Dublin. Living in Carlow, he has written several books on various aspects of our cultural heritage. The Rabbit Industry in Ireland is available in bookshops or from www.conry-michael-books.com.