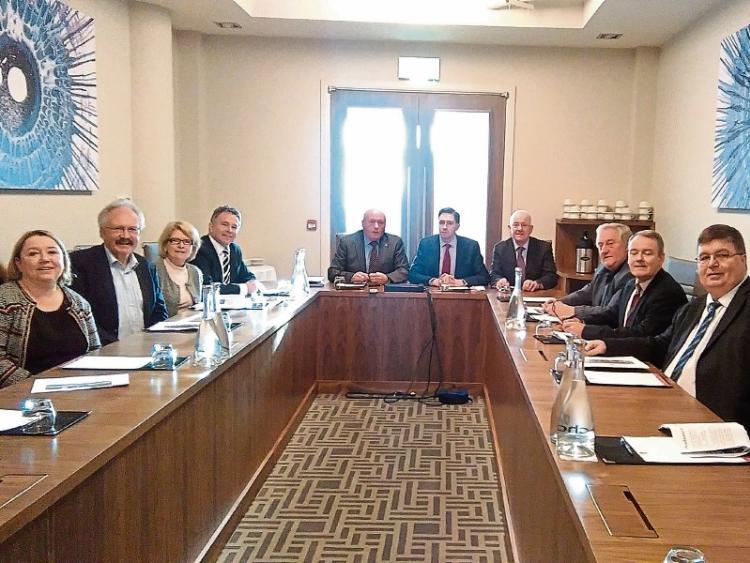 County councillors have welcomed the Minister for Health's commitment to consult in Laois before making a decision on the future of Portlaoise hospital, but are cautious as to the eventual result.

A delegation of county councillors and TDs met with Minister Simon Harris and his advisers at the Killeshin Hotel on Monday morning, after he visited the Midlands Regional Hospital, Portlaoise.

He welcomed the Minister, but was cautious about the substance of the outcome.

“We're none the wiser, other than there is no decision made and we knew that,” he stated.

The Fine Gael councillor said he told the Minister that a plan is needed to develope the A&E as as a centre of excellence.

“I cannot see Fine Gael downgrading that hospital,” he said.

Cllr Aird was upset that the meeting was called at short notice.

“We have a population increase, we’re in the centre of Ireland close to the motorway, it would be political suicide. It’s not just the councillors, we’re representing a population of 85,000 in Laois, everyone says ‘don’t let our hospital close.’

Cllr Mulhall said he warned the Minister last week that a meeting was essential.

“I emailed the Minister's office at 3.20pm last Friday to say if we didn’t get a meeting shortly, we would be going back to reschedule Cllr Aird’s proposal that we would go and protest outside the Dail.

“We would have gone up. It was up to me to put the pressure on the Minister, to come down and meet us. I wanted it to happen, with the responsibility I have as Chairman of Laois County Council. I can’t be going back to the January meeting still saying that we were looking for a meeting,” he said.

Cllr Caroline Dwane said the Minister was in listening mode and would consult further. She said it was positive enough.

Cllr Noel Tuohy welcomed the commitment of the Minister to consult and listen.

“Without getting carried away it is a positive move,” he said.

He said the growth of the prison was repeatedly raised.

“I don't think there is an reason to back off (from the campaign). He appreciates that this is a huge issue.