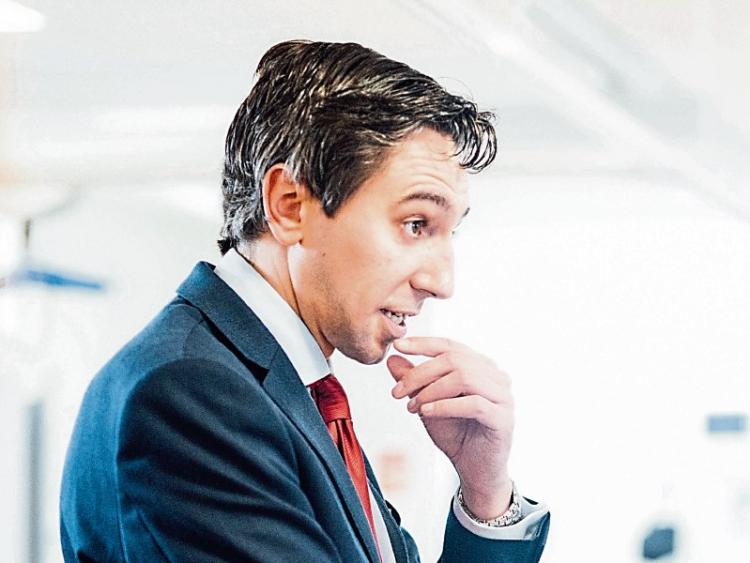 Minister for Health, Simon Harris said he was pleased to visit Portlaoise hospital last Monday and thanked them for the work.

“I wanted to primarily visit the hospital to thank frontline staff and management for how hard they have been working over a sustained period of time.

“People know that January is a very busy time in our health service. Portlaoise had a high number of people on trollies and the work done in the hospital to really try and deal with that situation is something I am very very grateful to staff and management for.

“It is a hospital that remains extraordinarily busy and I know that it has been through a challenging time in terms of attendances. I was glad to be able to thank the staff directly for their work, to hear their views and why they felt it was so busy,” he said.

The Fine Gael Minister admitted that the hospital's future was the big concern.

“What I wanted to do was say very clearly to staff, very clearly to patients and the public, through their public representatives, that no decision has been made in relation to Portlaoise," he said.

The Minister said he has read in local and national newspapers commentary that suggests that certain things are a fait accompli.

“There is no fait accompli here. There is no decision made. I am very impressed with the significant progress that Portlaoise has made in recent months and years, in relation to the maternity services. Indeed the Hiqa report, that was published not that long before Christmas, did show that significant progress had been made, where there had been a network between the Coombe Hospital and Portlaoise.”

He thanked the staff for bringing about “significant improvement” which was helped, he said, by Government resources.

Whatever change happened, he said, there must be more consultation.

“I believe it is very important that there is significant consultation with the people of the midlands because this a regional hospital.

“I think the views of GPs should be heard as well. The HSE have a report that has been submitted to the Department. Yes, there will be consideration between the Department and the HSE to stress test all of those issues. But there is more to the process than just that report, there has to be the views of the GPs. I am aware they have made a detailed submission, and that has to be considered.

“There are also the views of the Prisons. I am aware that there are almost 1,000 prisoners here in Portlaoise who rely on health services. They may expand in the future. People also need to take on board population, the census, future growth levels. There is a significant body of work to be done here.

“Let me say this - I want to see the maximum amount of services possible to be safely provided in Portlaoise hospital,” he stated.

He said he would also be led by medical advice.

“I have to do what is right by the interest of patients and what is safe to do, but I am approaching this by wanting to maximise services in Portlaoise Hospital and nothing else.”

The HSE is understood to have recommended downgrade while Hiqa said the A&E is currently unsustainable. The Minister said he has a duty to the public.

“I am aware of what the HSE has said and have read the Hiqa report, and I am also aware of my duties as Minister for Health to the people of the midlands in relation to their health services. That is why I correctly and accurately say no decision has been made.

“I have heard very carefully the comments in relation to Hiqa, where Hiqa doesn’t determine a view where services are to be provided, but does talk about resourcing and levels of staffing that need to be reached. I think that is a very fair point.

“We saw an awful lot of our hospitals at real stretching points on many occasions throughout last week, and likely again this week. Trolley numbers are still unacceptably high. The point is if you were to reduce capacity in any one hospital, where would that capacity go. What I would need to be convinced of in any one hospital before I make any decision is that there is adequate capacity in our health service,” he said.

He said he did not wish to see a decision made in isolation in one hospital.

“The HSE is in charge of operational matters. I am in charge of the health policy of this country and it is me who will make policy decisions on the future direction of health in consultation with colleagues in government and in the Oireachtas.

“I do hear a very unified voice from the public representatives and TDs in Laois. There are a range of issues here and I absolutely understand why the people of Portlaoise and the midlands and the staff want a degree of certainty, but I have to balance that with absolute determination that the decision I make is the right decision. It is that balancing act between giving people that certainty about future services as quickly as possible, whilst being absolutely sure that any element of any plan is stress tested.

“The HSE have done a substantial body of work and I thank them for that and I thank Dr Susan O’Reilly for her report, but there are other voices that need to be heard and there needs to be consultation. The issue of capacity also needs to be addressed.

He said there is no capacity to make up for a downgrade in Portlaoise, or any other hospital.

“What I have to truthfully say is that there isn’t any spare capacity to shut down the ED in any hospital today and just expect people to turn up in another ED with spare beds and staffing. I think the dogs in the street know that is the situation.

“Any plan to reconfigure any services in any part of the country has to be cogniscent of the need to create capacity, staffing and patient safety.”

He said he has a myriad of issues to consider in relation to Portlaoise.

“These are complex matters and that is why I am determined to get it right. It does involve a painstaking process, rather than yes no answers.

“We understand why people want a degree of certainty but I have to balance that with knowing the decision I make is the right decision.”

He said he saw Dr O'Reilly's proposals as “as part of the process, a very important part”, but there are other elements.

“It’s not at this stage about accepting or rejecting, it's about making sure I have all the pieces and I don’t want to make a mistake, I don’t want to get this wrong,” he said.

Minister Harris could not say when he would reach a decision.

“In fairness to the HSE, I expect the HSE will have done research into how capacity can be dealt with in the group, that needs to be scrutinised,” he said.

Minister Harris said he wanted the plan submitted by Laois doctors scrutinised also. He said population must be considered.

“My colleague, Minister Coveney’s plans to grow certain parts of the country and try to disperse parts of the populations from just cities into towns and particularly the midlands, all of these things need to be factored in,” he said.

Minister Harris plans to return to Portlaoise “in the not too distant future” for a second more comprehensive visit, before he decides on the hospital’s direction.

“I want to come back and view the maternity services, I will meet further with the Oireachtas members, the councillors and with the GPs,” he outlined.

He was asked how he can ensure Laois peoples lives will not be at risk, if the A&E is closed, and they have to travel to another hospital outside the county.

“Every and any decision that will be made, in my tenure as Minister for Health, at all times would have to keep patient safety at the absolute fore, so the idea that any decision will be taken that will in any way endanger a life, will simply not be the case.

“I will be following very close clinical and medical evidence on that before I make any decisions.”

“Portlaoise has seen increased funding in recent years, and a significant increase in staffing and in budget, a new day unit which I just visited today, a new minor assessments unit which will formally open later this year, there’s a proposal in place for a new outpatients dept on a green field site which is currently being considered by the capital committee of the HSE.

“So there is significant investment in Portlaoise, but there’s further investment required, we have delivered the largest health budget in the history of the State, larger than even in Celtic Tiger times, and the HSE group level now has to distribute that to the individual hospitals and I expect that as the budget has increased overall, that the budget for all our hospitals including Portlaoise will also increase,” he said.