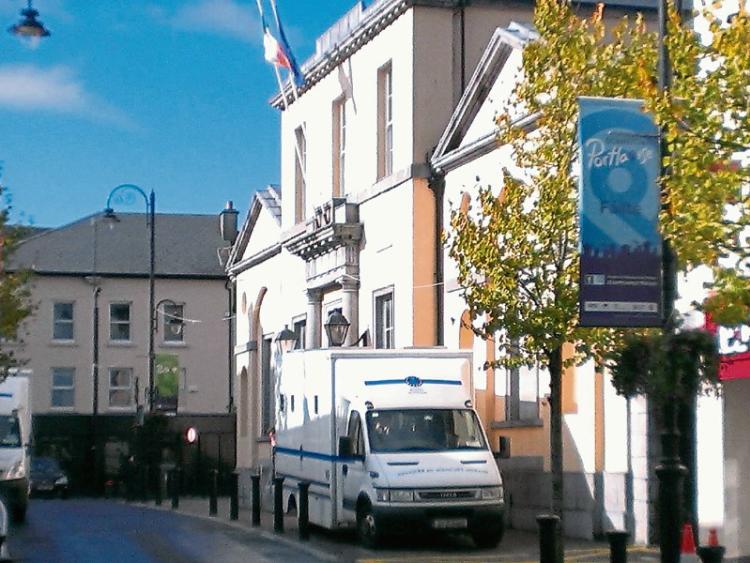 A 22-year-old Laois man has been sentenced to five months in jail for what Judge Catherine Staines described as the worst case of dangerous driving she had ever seen.

The judge told Robert Dwane (22), 4 Baunmore, Ballinakill, that he was lucky not be charged with dangerous driving causing death, after hearing that gardaí had to take evasive action when he drove at speed on the wrong side of the road.

Inspector Ollie Baker gave evidence that on October 21 last, the gardaí were on patrol at Emmet Street, Mountmellick, when they observed the vehicle driven by the accused approach at speed.

The car cut across the corner on the white line and the gardaí had to take evasive action to avoid a collision.

The car failed to stop and continued on at 140km/h in an 80km zone on the wrong side of the road.

In a separate matter, on November 25 last, the accused was arrested on a bench warrant and brought to Portlaoise Garda Station.

While in custody, he became aggressive and punched the hatch in the custody area, causing it to snap.

And on January 5 last year, the accused was involved in a hit and run incident at Harpur’s Lane in Portlaoise after taking his mother’s car without her permission.

He was later found to have had no licence, insurance or NCT.

Defence, Mr Philip Meagher said his client was now living in Ballinakill, as he was keen to distance himself from the Portlaoise area.

In relation to the hit and run, Mr Meagher said Dwane had taken his mother’s keys and then lost control of the car, crashing into a wall.

He rang his mother, who advised him to go talk to the owner of the property he had crashed into, which he did.

Mr Meagher said the wall repair was covered by the accused’s mother’s insurance.

In relation to punching the hatch at the garda station, Mr Meagher said that Dwane was upset on the day as he had got bad news from his partner, and struck the first thing he saw.

In relation to the dangerous driving, Mr Meagher said that Dwane had just picked up the vehicle from the sister of a friend of his, and he panicked when saw the garda car and drove away in a dangerous manner.

She sentenced him to five months in prison, and disqualified him from driving for two years. Another two-year driving disqualification was imposed on the charge of no insurance.