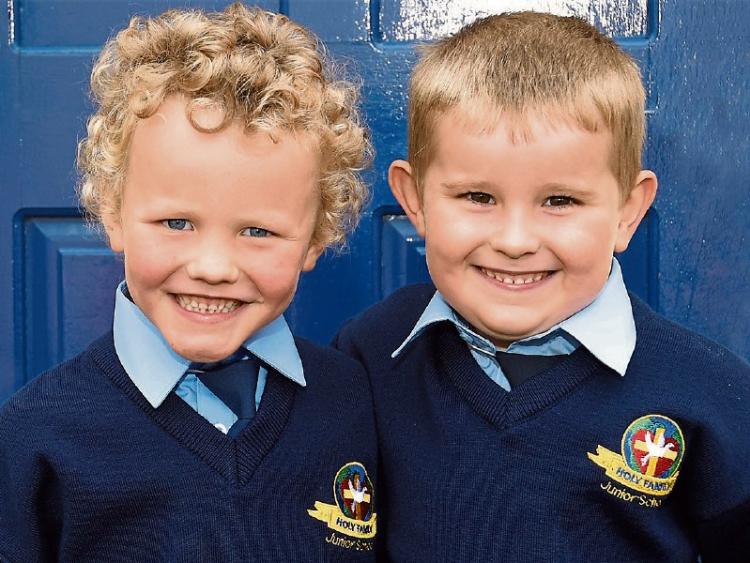 Ahead of the launch of Catholic Schools Week in Portlaoise, the large parish has announced that it is now just one pupil short of 3,000 attending lessons across its eight primary schools.

There are waiting lists in most of the schools in the rapidly expanding county town.

Big celebrations are planned for Catholic Schools Week, which starts with an RTE televised Mass to be celebrated in the Parish Church , on Sunday January 29 at 11am.

Bishop Denis Nulty will be the main celebrant.

All the parish schools will be involved in the mass, and in various activities throughout the week, which runs until Saturday February 4.

Five of Portlaoise Parish schools have Bishop Nulty as their patron and are built on parish lands, being the Holy Family senior and junior schools, Scoil Bhride Knockmay, The Heath NS and Ratheniska NS.

St Francis school for children with learning disabilities, and Kolbe Special School, are also under the patronage of the Bishop.

The total population of the eight schools is now at 2,999. A substantial minority of pupils who attend Parish schools are not Catholics.

“We also enjoy a very good and co-operative relationship with the other schools in our parish and engage with their pupils in sacramental preparation and other parish activities, “ said the parish.

The non Catholic schools in Portlaoise include Maryborough NS, Educate Together NS, and Portlaoise College. It is likely that the total school population in Portlaoise is close to 4,000 when these children are added. A new co-ed bilingual secondary school is to open in the town next year to cope with the demand.

A new non-denominational secondary school is set to open its doors to first years, at the former vocational school in the town.