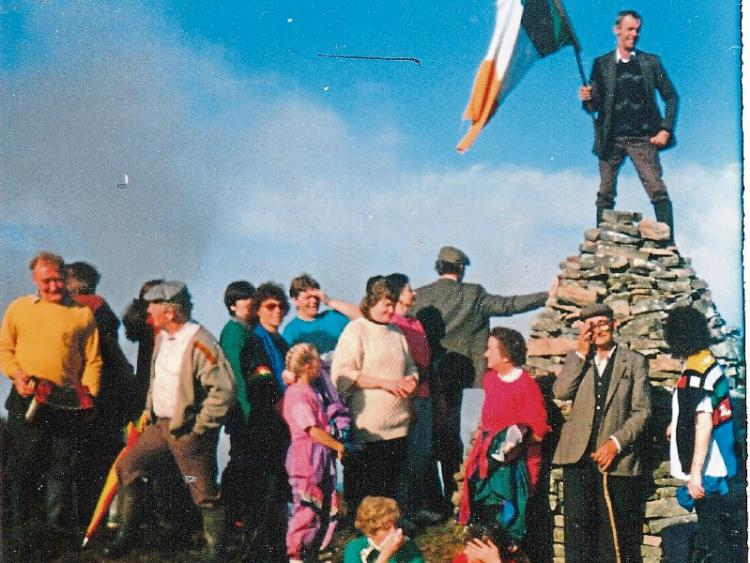 Busloads of tourists could be enjoying the Slieve Bloom mountains, says local campaigner Mick Cleere, who is calling for better promotion and advertising.

“It’s as good as Kerry or any place, if it was better advertised. We need signs on the roads. So many people drive through Laois and don’t know it’s there at all,” said Mr Cleere, a founder member of the Rosenallis Development Association.

He is delighted with Coillte's new boardwalks and signposted walks, which are attracting many more new walkers.

“The boardwalks in the Ridge of Capard and Glenbarrow have developed fierce interest. You can go up and walk any of it, there is no restriction,” Mr Cleere said.

He is also excited about the potential of Coillte’s proposed multi million mountain bike trail, which is awaiting a planning decision on February 3.

The trail would stretch 73km around the mountains, with bike and eventually restaurant facilities, if Coillte can get public funding. A similar trail in Limerick gets 40,000 visitors a year.

“If it gets going, it will really boost the mountain. It has fierce potential, that’s the sort of thing we need to be doing in the Slieve Blooms,” Mr Cleere said.

He also suggests that the derelict cottage for sale at Glenbarrow carpark could be converted to toilets and a tea room, and a manmade mountain lake formed as an attraction to mark the source of the Barrow river, and to provide water for forest fires.

Rosenallis Development Association was formed in 1993 to promote the village and nearby Slieve Blooms to walkers and tourists.

The mountains were barely visited by Laois people back then he said.

“Even my neighbour had never been in Glenbarrow. It is 100 percent more popular now,” said Mr Cleere, now aged 80.

Their first job was to rebuild the ‘stoney man’ a stone pillar atop the Ridge of Capard, 1500 ft above sea level.

“It is a very important site. It was used by the landlords of Capard as a court of law before Ireland got Home Rule. We organised a walk that day for 100 people, there was no court but plenty of singing and music. A video of it was shown in Scotland and the US as people from The Cones emigrated there in the early 1900s,” he explained.

The committee also organises the traditional Festival on the Mountain every June in the ‘Festival Field’ on the mountainside. New members welcome, call secretary Ann Young, 086 3796656.