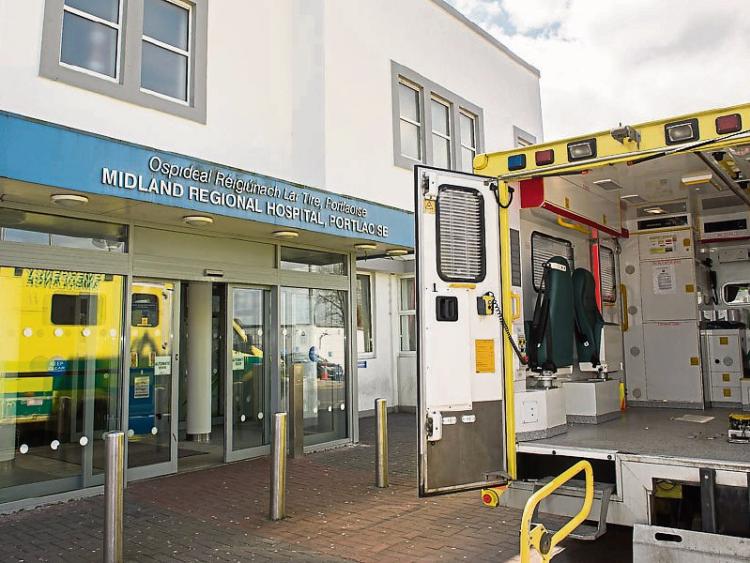 26 patients on trollies in A&E at Midlands Regional Hospital, Portlaoise

The 'busy' A&E at Portlaoise hospital has got busier just 24 hours since the Minister for Health visited.

The daily Irish Nurses and Midwives Organisation report for Tuesday, January 10 shows that that there were 26 patients on trollies at the Emergency Department (ED/A&E) of the Midlands Regional Hospital, Portlaoise.

The department is much busier than its sister hospitals in Tullamore which has 12 patients on trolleys split between A&E and the wards. It is also the busiest A&E in the Dublin Midlands Hospital Group which includes, St James and Tallaght in Dublin and Naas General.

Minister Simon Harris did not visit the A&E on his visit to the hospital on Monday because it was 'particularly busy". There were 19 patients on trolleys when the Fine Gael Minster was in the hospital.

It is understood that health management want to downgrade Portlaoise hospital by removing A&E services. During his visit to Portlaoise, Minister Harris admitted that the 'dogs in the street' knew that there was not enough capacity in the hospital system to copy with any A&E downgrade.