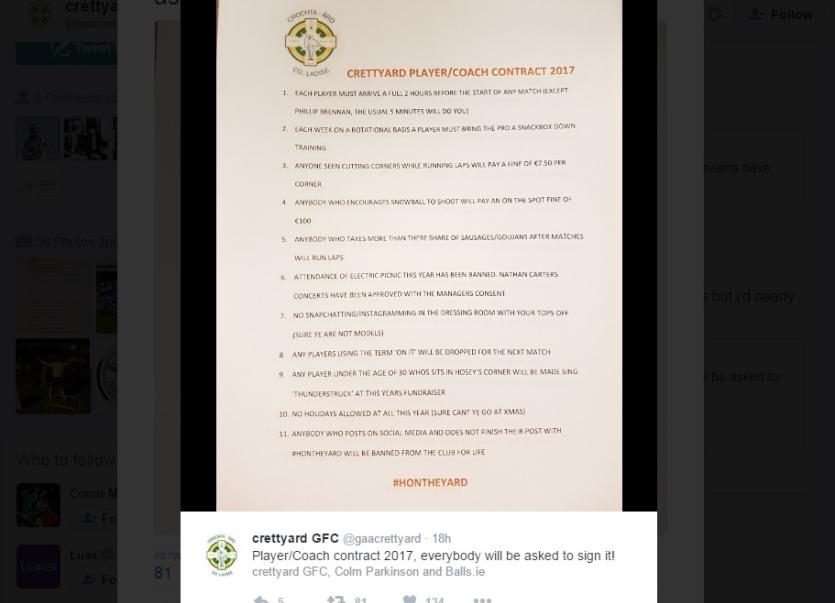 Rules in the tweet include 'Attendance of Electric Picnic this year has been banned, Nathan Carter concerts have been approved with the managers consent'.

Players must take turns to bring a snackbox to training for the pro, and anyone who takes more than their share of sausages/goujons after matches will have to run laps.

There are "no holidays allowed at all this year (sure can't ye go at Christmas)", while anybody who posts on social media and forgets to end with #hontheyard will get a lifetime ban from the club.

The post has been picked up by many national media sites, and suspected to have been inspired by the latest strict rules imposed on Dublin GAA club St Brigids, where players must agree to only take their holidays in the off season, and on prior agreement by club management.