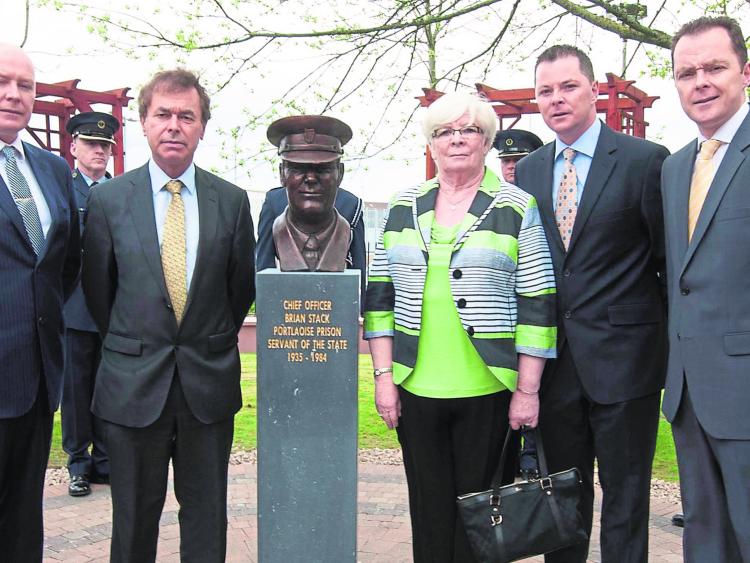 Austin, Sheila, Oliver and Ciaran Stack, with then minister for Justice Alan Shatter, at the unveiling of a bust of Brian Stack in Portlaoise Prison Campus in 2013.

Sheila Stack will be accompanied by her sons Austin and Oliver to the meeting.

The meeting is following an ongoing row between Sinn Féin leader Gerry Adams, and Austin Stack, over names of those who knew the killers of Brian Stack, who was shot by the IRA in 1983 and later died.

That investigation is still ongoing, and Gardaí interviewed Austin Stack over Christmas, who expected that Dep Adams would also be questioned.

"The Gardaí know that Gerry Adams knows this person who knows individuals who can open a lot of doors in this investigation. We know that a trusted friend of Gerry Adams has information on this case, which is quite live. We want to identify the individual we met.

"If information is brought forward, it could mean that we, as a family, may receive the ultimate closure on this," Austin Stack said to the Leinster Express last week.

The family will hold a press briefing after the meeting outside Government Buildings.