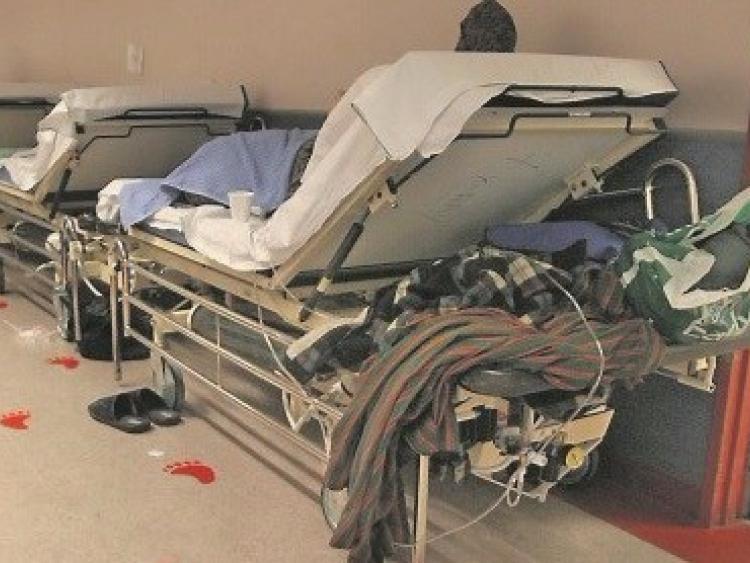 The pressure for admission to Portlaoise's hospital has jumped again with more than 30 patients waiting for a bed.

Irish Nurses and Midwives Organisation Trolley watch figures reveal that a total of 31 people were waiting on Monday, January 16 at the Midlands Regional Hospital, Portlaoise. Of these 24 were on trolleys in the Emergency Department (ED/A&E) and seven were on wards.

Since December the Laois hospital has been near the top of the daily trolley count list published by the INMO. This week's figures is no differant. The has the joint highest number of patients in the country waiting for trolleys - the Midlands Regional Hospital, Mullingar also has 24 waiting in its A&E. The Westmeath hospital has 10 patients on spread around its wards.

Portlaoise is part of the Dublin Midlands Hospital Group (DMHG). This is the country's biggest hospital group and Portlaoise has the highest number of patients on trolleys in the group.

Other hospitals in the group are: Midlands Regional Hospital, Tullamore, St James and Tallaght hospitals in Dublin, Naas General. Of the 417 people on trolleys around the country, more than a quarter or 93 are waiting for admission in the DMHG.

Minister for Health Simon Harris visited Portlaoise last week where he said he thanked staff for their efforts in dealing with the trolley crisis.