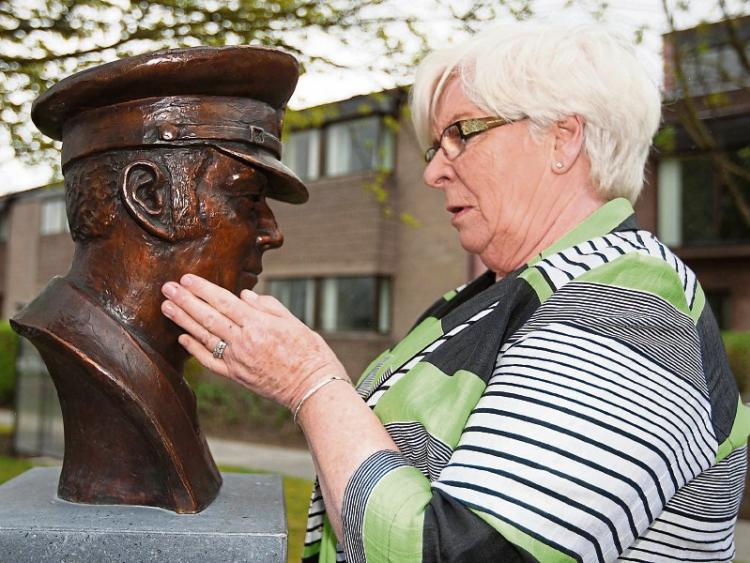 The widow of Portlaoise Prison Chief Officer Brian Stack,murdered by the IRA 33 years ago, says the state has let him down.

Speaking after she and her sons Austin and Oliver met privately with Taoiseach Enda Kenny last week, Sheila Stack said her husband was “a family man first and foremost”.

“He served the state to the best of his ability. The state has let him down, and the state is everybody, a collective people. We feel that maybe Gerry Adams, who is concealing information, should do the honourable thing, and anybody else that has information, that we can get closure to this case,” she said.

Brian Stackwas shot in the back of the neck as he left the National Boxing stadium in Dublin in 1983, dying from his injuries 18 months later.

The IRA finally admitted to his murder three years ago , but a Garda investigation remains unsolved and open.

“He was not a solider, neither was he fighting in a war. His job was to protect society by ensuring that some of the most dangerous criminals ever to come before Irish courts served their time fully. He was good at his job and was therefore targeted by the IRA for assassination,” said Austin, himself now Assistant Governer at Wheatfield prison.

Austin asked the Taoiseach for assurance that a wish to be seen as apolitical, is not stopping the Gardaí from interviewing Gerry Adams, whom the family believes has information relating to the murder.

“We are concerned that senior Gardaí may be reluctant to allow him to be interviewed, because it would be seen as political,” he said.

He said the Taoiseach “gave an undertaking that the full resources of the state” are being given to the case.

Austin thanked those who have supported them.

“My father was a loving, caring and wise man, he was loved not just by his family but also by his community and colleagues. We have received a large amount of messages of goodwill and support over the last number of weeks from former colleagues and the ordinary people of Portlaoise and beyond. We would like to thank each and every one of you who got in touch, your support is very much appreciated. We also received support from right across the political spectrum which has given us renewed strength and shown us that we are not alone,” he said.

The meeting with An Taoiseach Enda Kenny and the Tanaiste and Minister for Justice & Equality, Frances Fitzgerald took place last Friday January 13, as promised by the Taoiseach in the Dáil before Christmas.

A spokesperson for the Taoiseach said he “listened carefully to the issues raised by the family” and with the Tánaiste and Dept of Justice, will “follow-up and get back to the family in the coming weeks”.