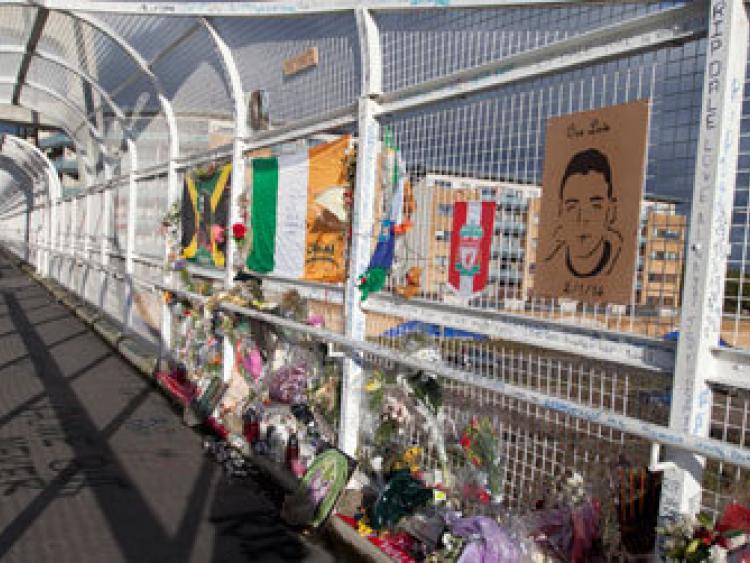 The footbridge where Dale Creighton was assaulted

A Portarlington resident was jailed for five years on Monday for his part in the killing of a young man in Dublin on New Year's Eve three years ago.

Graham Palmer (26) with an address at Park Avenue, Portarlington was among five men jailed for the killing of Dale Creigton in Tallaght on January 1, 2014.

The 20-year old was attacked at a footbridge over the Tallaght bypass in the early hours of New Year's Day, 2014. He died in hospital the following day as a result of injuries to his head and face.

Six men and one woman went on trial in the Central Criminal Court last October after pleading not guilty. The charges were dropped two weeks into the trial when they pleaded guilty to lesser charges and had their new pleas accepted.

Palmer and four other men changed their pleas to guilty of manslaughter.

Justice Deirdre Murphy said they were not evil or even bad people, but described the fatal assault as prolonged and vicious. Mr Creighton had been kicked and beaten in a "kangaroo court."