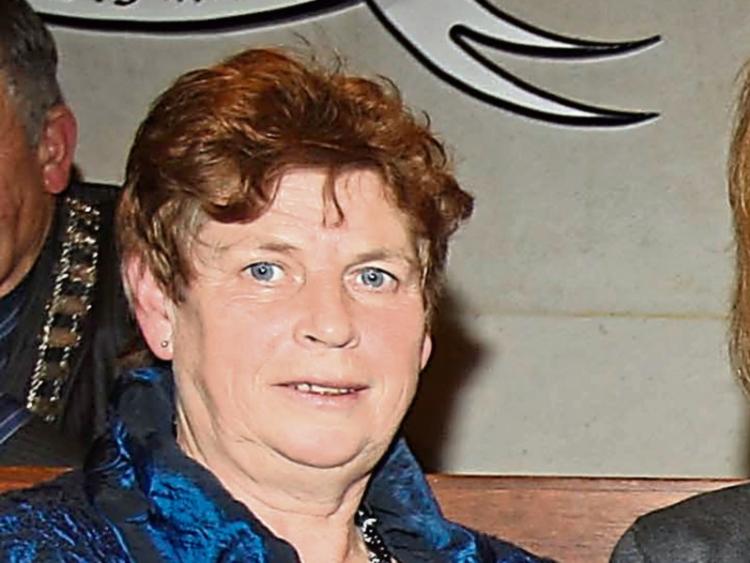 Kathleen O'Brien, who was in her late 60s, was immersed in community life in Portlaoise, and Laois, throughout her life.

She served one term as a Fine Gael County Councillor, and was a Portlaoise Town Councillor for many years.

She was a driving force in Portlaoise Tidy Towns where she served in a number of positions on the committee, and was a familiar figure on the streets of the town during the spring and summer months during the evening clean ups.

She was also instrumental in the maintenance and upkeep of the Burial Ridge in the town.

She was also Chairperson of the St. Peter and Paul's Graveyard Committee, and a member of St. Joseph's Accordion Band.

She was also a former employee of the Leinster Express, where she worked for two periods in the 1960s and 1970s.

She was predeceased by her husband Pat, who was a member of the Defence Forces. Her sister, Mavis Kinsella also died last year in Athy.

Kathleen O'Brien (nee) Dunne died peacefully at her home at Millview, Portlaoise on Wednesday evening, surrounded by her family.

Reposing is at Keegan's Funeral Home from 5pm on Friday evening with rosary at 8pm. Removal from her residence on Saturday to SS Peter and Paul's Church to arrive for 10am Requiem Mass. Interment afterwards in SS Peter and Paul’s Cemetery, Portlaoise. House private on Thursday. Family flowers only, donations, if desired, to the Cuisle Centre.