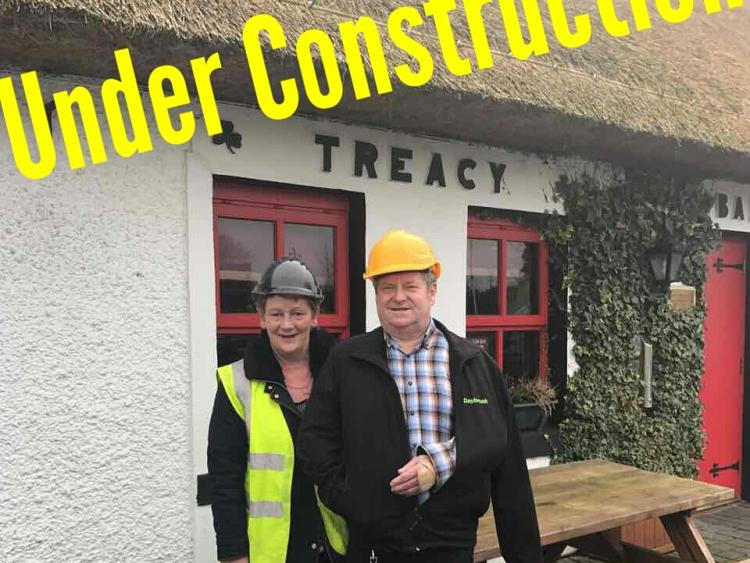 Treacy’s landmark thatched bar and restaurant near Portlaoise is set for a major facelift.

Treacy's, which is located at The Heath, Portlaoise, is Ireland's oldest family pub - established in 1780. The 7th and 8th generation of Treacy’s currently work there along with a team of 28 staff.

Tom and Marie are delighted to announce that the restaurant is to shortly undergo a major redecoration. They say it is with regret that this will require a temporary closure to facilitate the works.

The restaurant will be closed from Monday 30th January for 10 to 12 days. The bar, however will continue to open each evening from 7pm.

The Treacy’s don’t plan on losing the tradition or authentic charm of the restaurant, but rather to enhance the premises with modern bathrooms and more comfortable surroundings. They will be keeping their regulars updated via social media as the project progresses.

In 1987 Tom and Marie Treacy opened a restaurant at the premises in response to the demand from truck drivers on the N7 Dublin road for Marie’s toasted special sandwiches from her kitchen.

The pub has come through much in its 237 plus years – famine and two world wars to name a few. The restaurant has survived the Portlaoise bypass in 1997 and more recently and perhaps more challenging, the recession.