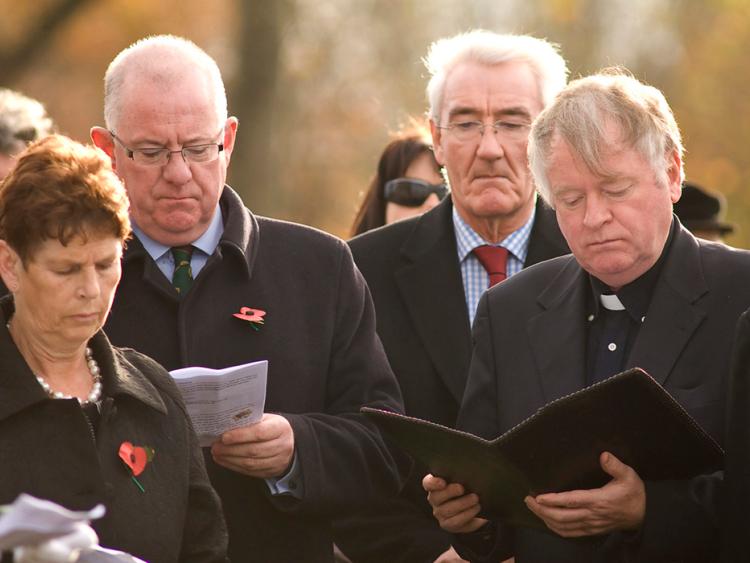 "Kathleen O’Brien was a community activist in the real sense of the word. She committed her life to working for the community over a wide range of pursuits," said Minister Flanagan.

"Kathleen O’Brien always put others first and rarely, if ever, spoke about herself or her achievements. She worked from early morning to late at night for the community, often time at a cost of personal sacrifice.

"She was a loyal and committed member of the Fine Gael party and served with distinction on Portlaoise Town Commission and Laois County Council. She had a huge interest in the Public Affairs of Portlaoise through her work in the media at the Leinster Express.

"She was a leading light in Portlaoise Tidy Towns and took great pride in the increased ranking of Portlaoise in the National Tidy Towns Competition.

"Kathleen was a great campaigner for health services in Portlaoise,  particularly the Midlands Regional Hospital Portlaoise.

"She organised the annual War Memorial Ceremony each November and was proud that the Peace Park was clearly visible from her home in Mill View. She tended to the Park and looked after it as if was an extension of her own garden - this is very much appreciated by all involved.

"Kathleen really enjoyed her membership of St Joseph’s Accordion Band and, in recent years, the band was never fully complete without Kathleen’s smiling face at the rear of the band with her accordion.

"Not only did Kathleen look after the living, but she also carefully and consistently looked after the dead on the burial Ridge at Millview and the cemetery committee.

"Kathleen bore her illness with courage and dignity and her passing is a sad day for her family, her community and the people of Portlaoise."