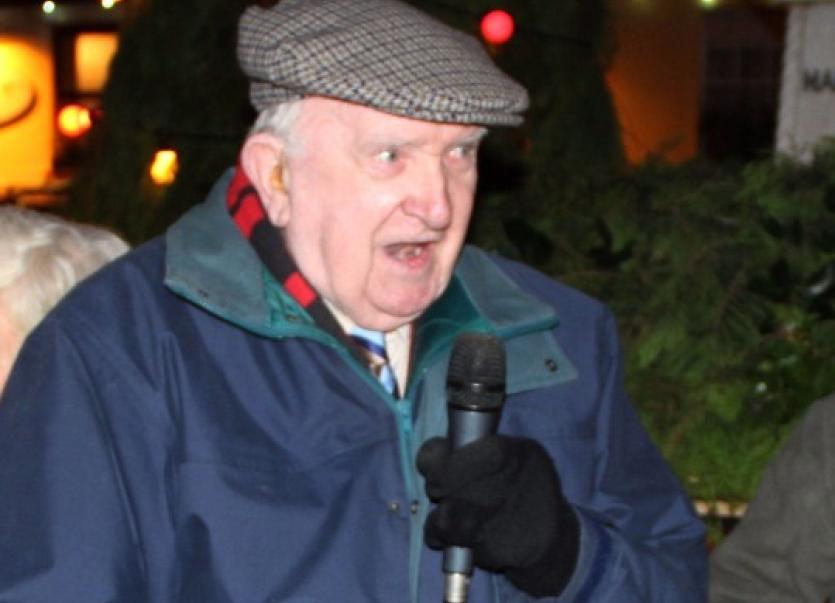 The late Paddy Connell at the turning on of the lights at the Marion Shrine in 2012.

Aged in his 90's, Paddy Connell had proudly looked after the crib in the town on behalf of his band, up to his mid 80’s.

His death took place on the morning that his fellow accordion band member, the late Kathleen O’Brien, was being brought to the church in the town.

Cllr Willie Aird said Mr Connell was “an icon in the town”, and a lifelong supporter of the accordion  band.

“He brought it to his grave. His final wish was for any donations to be made to the band," he noted.

Mr Connell also had requested his favourite hymn Amazing Grace for his funeral.

His remains reposed at the family home on Sunday.

The accordion band led the funeral procession with 'Down by the Sally Gardens' down Main Street Portlaoise, to Requiem mass on Monday January 23 at SS Peter & Paul's church at 12 noon. Mr Connell was buried afterwards in SS Peter & Paul's cemetery.