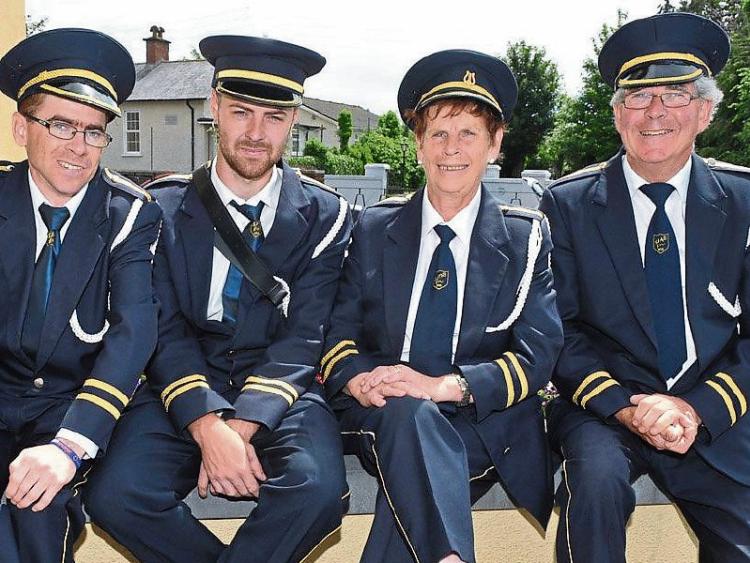 “She was well over 20 years in Portlaoise Accordion Band. She was always in good humour, though she was suffering with cancer, you would never know, she would never tell you,” he said.

Peter said she travelled everywhere with the band, to America, Prague, Birmingham.

He said that at midnight on New Year’s Eve, less than three weeks before her death, Kathleen performed with the accordion band in the Top Square in Portlaoise, welcoming in the new year for revellers.

“The next day we visited a retired band member in a nursing home in Birr, and we played from before 3pm until after 6pm, and Kathleen was there with us,” said Peter.

Kathleen personally looked after the nativity crib in Top Square.

“She looked after it, she brought home the figures and kept them in her house all year, and had to be the one to put them in the crib herself, no one else was allowed, and she was always looking for more figures, she packed them in,” said Peter.

Seven years ago Kathleen joined a side group of band members, The Brewers.

“We’d play in nursing homes and pubs. She was a great singer, her songs were Lovely Laois, and A Mother’s Love is a Blessing,” he said.

“She never complained, she just got on with it.

“It is a terrible loss, she was always cheerful and in good form, and she never said no to anything,” he said.

The band led Kathleen's funeral cortege from her home on Millview to SS Peter and Paul's Parish Church.