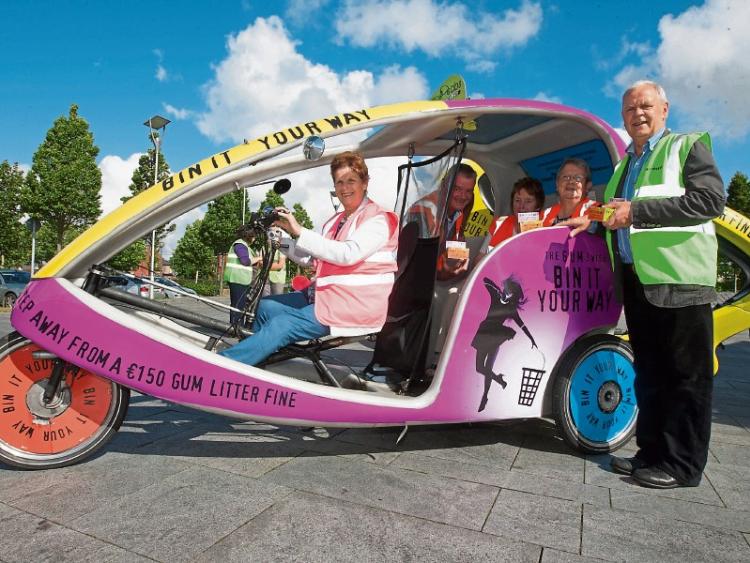 Portlaoise Tidy Towns members bid farewell to one their longest and hardest working volunteers last weekend, when Kathleen O'Brien was laid to rest.

“Portlaoise is a poorer place for her loss. She was a trojan worker. She never stopped. Up to the end she would be in her yellow high vis jacket around the town,” said Cllr Jerry Lodge from Portlaoise Tidy Town committee.

While the volunteers take a rest over the winter, he said Kathleen continued to attend their meetings up to recently.

“She was an enthusiastic contributor to every idea,” Cllr Lodge said.

Kathleen served alongside him in county hall while she was a member of Portlaoise Town Council and Laois County Council.

“Over all my time with her on Tidy Towns, we never discussed politics. We were united in our approach in trying to make the town a better place,” Cllr Lodge said.

“People often describe her as a community activist, but she was greater than that. She took up every cause that was important to people. She loved the town and the county. Her favourite song was Lovely Laois.

“I will miss her on a personal basis. She loved meeting people. She had an energy, a vibrancy, and a sense of humour that every one of those volunteer organisations needs,” he said.

“We are so sorry to hear of the death of Kathleen, she was a wonderful lady who put Portlaoise and the people of Portlaoise first. She worked so hard to keep the town up near the top in the tidy towns.” said Martin Lawlor.

“I first met Kathleen when the Tidy Estates Competition started some fifteen years ago and have witnessed the huge amount of work done by Kathleen and her team. My wife Mary and myself have lost a good friend and a wonderful lady. May she rest in peace,” he said.