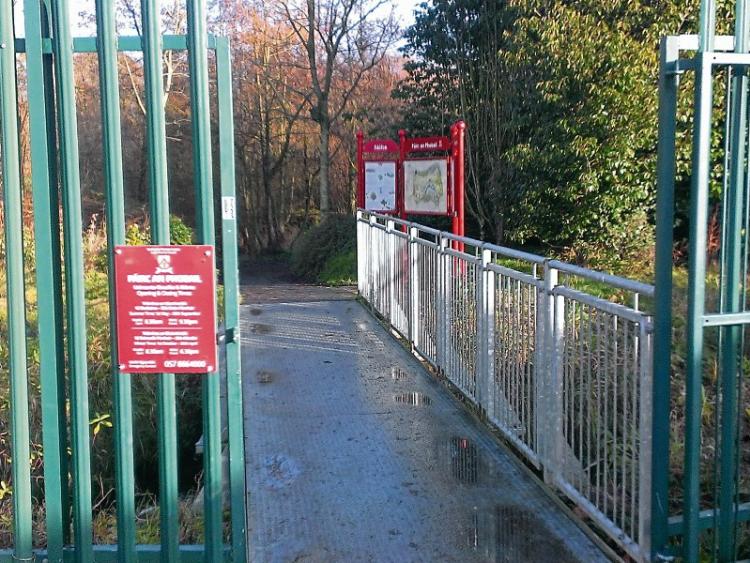 The barbarians are at the gates, according to Cllr Caroline Dwane Stanley, who has issued a strong warning to Laois County Council not to leave the gates open at night in Portlaoise public parks.

“Hands off the gates,” was the order given at last week’s meeting of the Portlaoise Municipal District, when Cllr Dwane Stanley revealed that residents of Riverview have been so plagued by anti-social behaviour that one man has had to sleep in his shed to prevent burglars breaking in.

At the meeting in County Hall, Cllr Dwane Stanley proposed a motion calling on the council to ensure that the gates in the Town Park, Triogue Linear Park, Riverview and Riverview Walk will be closed at night.

In response to the motion, Mr Kieran Kehoe, director of services, replied that these parks will continue to be closed for the next period and any alteration to this will be discussed with the Portlaoise Municipal District councillors.

Cllr Dwane Stanley said that to the best of her knowledge there were eight gates and there was a long history behind them being closed.

She said there were elderly people living at the apartments at Riverview who were experiencing “fierce antisocial behaviour”.

She said that one man even took to sleeping in his shed due to “fierce attempts” to rob the shed.

“Every single elderly person is affected,” she said, “there are concerns if the gates are left open.”

It was previously revealed at a council meeting that the cost of hiring someone to open and close the gates at public parks in Portlaoise was €18,000.

Referring to this cost of €18,000 per year to have the gates opened and closed, Cllr Dwane Stanley described this as “the best €18,000 Laois County Council could ever spend, to protect the elderly and vulnerable”.

“Hands off the gates - we’re not going to accept the gates being left open,” she declared.